As preparations are being made for students in a community health course to travel to the Dominican Republic in Fall 2015, six UAB School of Nursing students that made the last trip are reflecting on their journey and welcoming one of the group’s hosts to campus June 10. 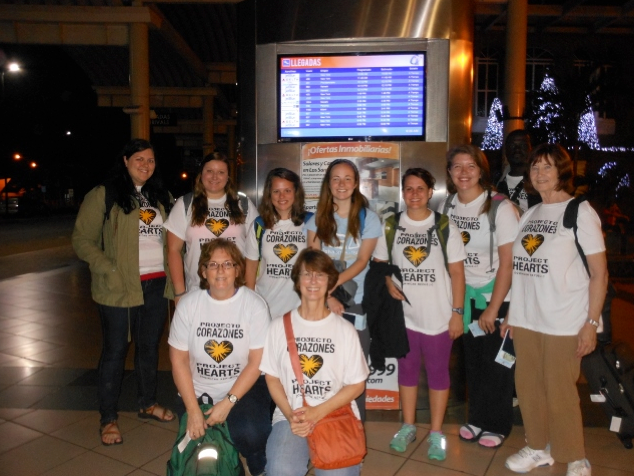 As preparations are being made for students in the "Health, Education and Social Welfare in a Global Community" course at the University of Alabama at Birmingham (UAB) to travel to the Dominican Republic in Fall 2015, six UAB School of Nursing students that made the last trip are reflecting on their journey and welcoming one of the group's hosts to campus June 10.

Three third-semester BSN students, one RN Mobility student, one MSN student, and one DNP student, along with two colleagues from the UAB Schools of Public Health and Health Professions programs, and UAB School of Nursing faculty members Sharon Hamilton, MSN, RN, and Jean Ivey, PhD, CRNP, PNP-PC, FAANP, who led the group, spent a week in the towns of Baitoa and Santiago learning and working alongside the residents.

"The residents in the Dominican Republic were overwhelmingly happy and grateful we were there." said Kelly Massey, the MSN student in the course. "It was a very humbling experience and put my everyday life into perspective."

To prepare for their trip students prepared class presentations on the epidemiology of diseases in the Dominican Republic, 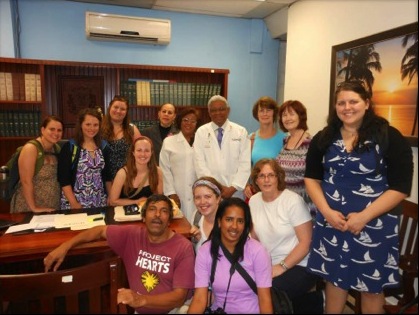 When the students arrived in Baitoa they said they were confronted with a vastly different lifestyle. Everything from the health care delivery systems, to modes of transportation, the students were exposed to a way of life quite different from what they were accustomed to in the U.S.

Seeing the limited resources available for health care was for some, shocking. They say it made them appreciate the American health care system.

"In the Dominican Republic, there were often be four mothers in labor in one room with very few resources and extremely limited privacy," said Breann Schlage, RN Mobility student. "It was an eye-opening experience."

The group's schedule each day was based on the weather and the needs of the community. During the course of the trip the students built a foundation for a water filtration system, constructed a walkway for a family, taught health and nutrition classes to school children and toured the two hospitals.

The students say though they did not initially know what to expect from the trips, they each left with an exceptional story and a newfound appreciation for the everyday things Americans take for granted.

"My favorite part of the trip was interacting with the community and forming relationships with the people who lived there" said fourth semester BSN student Katherine Cassidy. "I know I will be able to go back and continue these relationships."

Each of the students noted how especially grateful the children that they worked with were for the knowledge and small gifts they were given, and how they are appreciative for what the little they and their families have. For some, it changed their outlook on American consumerism.

"The children excited when they realized we believed in them and wanted to help them," said Ashley Ball, fourth semester BSN student. "But Project Hearts is not just about helping others, it's also about empowering them to help themselves, and I think we did that with some of the children."

Each of the students say they want to go back to Baitoa. The impact the culture and health care systems made on them, and the relationships they formed during their time there was enlightening and added dimension to their careers, they say. The students have a plan to coordinate with Reuben and Project Hearts to make trips back to the community and make the Dominican Republic a permanent and memorable part of their future.

Any UAB student interested in making the next trip, scheduled to begin on November 22, 2015, should submit an application by August 1. Click here for more information.
Read 6883 times Last modified on June 05, 2015
Tweet
Tagged under