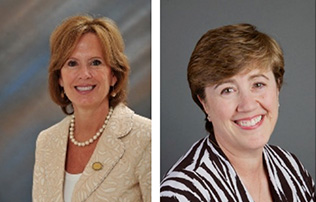 As the American Association of Nurse Practitioners (AANP) kicks off its annual meeting in New Orleans June 9 through 14, a University of Alabama at Birmingham School of Nursing graduate is in the middle of her term as President–Elect of this group, the largest full-service national professional membership organization for nurse practitioners of all specialties.

Cindy C. Cooke, DNP, FNP-C, FAANP, currently works in the Primary Care Clinic at Fox Army Health Center in Huntsville, Ala. providing care for active duty and retired military personnel and their families. She is an experienced nurse and nurse practitioner with national board certification as a family nurse practitioner.
She was elected President-Elect of AANP in 2014 and will assume the presidency in 2016.

She earned her doctor of nursing practice from the UAB School of Nursing in 2013.

And Dr. Cooke is just one national president-elect or president leading nurse practitioners the UAB School of Nursing currently counts among its alumni.

Dr. Melander is a professor in the University of Kentucky College of Nursing where she is Assistant Dean of Graduate Faculty Affairs, as well as MSN and DNP Program Director. She was involved in the revision of the Acute Care Nurse Practitioner Scope and Standards document in 2006 and was a member of the work committee that established the 2012 Adult-Gerontological Acute Care Nurse Practitioner Competencies. She also led the development of the Statement on Acute Care and Primary Care Certified Nurse Practitioners. Additionally she facilitated the development of a second multiorganizational white paper addressing nurse practitioner employment, which is being used across the U.S. in both primary and acute care settings.

Dr. Melander is a Fellow of the American College of Critical Care Medicine and also of the American Academy of Nurse Practitioners. She earned her PhD from UAB in 1990.
Read 6581 times Last modified on June 05, 2015
Tweet
Tagged under