Vance paper recognized by JANAC among its 2015 best 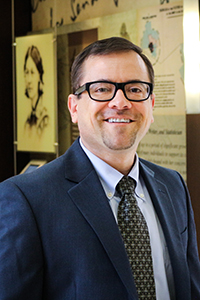 Dr. David VanceAn article written by University of Alabama at Birmingham (UAB) School of Nursing Professor David Vance, PhD, MGS, MS, and published in the Journal of the Association of Nurses in AIDS Care (JANAC) has been selected as one of the Top 25 Hottest Articles based on internet downloads for the period from April to June 2015.

Vance’s submission, “Aging with HIV: A Cross-Sectional Study of Co-morbidity Prevalence and Clinical Characteristics across Decades of Life”, ranked 22nd among the Top 25 Hottest Articles. It also was cited 59 times during the same time period, according to tracking data from Scopus, the largest abstract and citation database of peer-reviewed literature.

Vance is a psychologist who actively researches neurocognitive aging and HIV. He chairs the Neurocognitive Group of the Women’s Initiative HIV Study, a national longitudinal cohort study. His scholarship has led to numerous publications (+170 peer-reviewed articles) and presentations (+450) as well as being an invited member to a White House forum and an NIH Think Tank, both focused on aging with HIV.
Read 7184 times Last modified on January 15, 2016
Tweet
Tagged under