Becomes first to occupy a new permanent nursing seat, will work to continue expanding the role of nurses
By Don Milazzo

University of Alabama at Birmingham (UAB) School of Nursing Dean and Fay B. Ireland Endowed Chair in Nursing Doreen Harper, PhD, RN, FAAN, has been elected to the UAB Health System Board of Directors, becoming the first to occupy a new permanent nursing seat on the board. 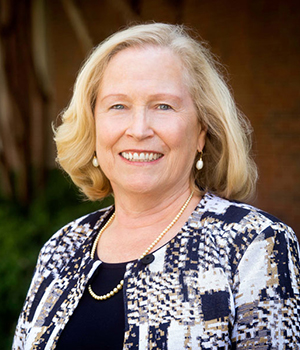 Dean Doreen C. HarperDean Harper’s appointment offers a new platform for continuing to expand the role of nurses through greater alignment between her school and the clinical system and increased nursing research efforts.

UAB joins a relatively small but elite group of academic medical centers with nursing represented on their boards, including Duke University, Indiana University, and the University of Pennsylvania.

“Nursing is the largest workforce at any academic health center, and they play a critical role in developing a culture of safety and quality,” Harper says. “My purpose on the board is to bring a nursing voice and perspective to the table, but also to help strengthen our teams to improve care.”

Her addition to the board was championed by UAB President Ray Watts, MD, UAB Health System CEO Will Ferniany, PhD, and others.

“Improving health and reducing the cost of care in Alabama is one of UAB Health System’s missions,” Ferniany says. “This requires medicine, nursing, and all of UAB’s health professions to work together more closely in clinical delivery, training, and research.”

Ahead of the curve
In August 2015, Ferniany and Harper were invited to participate in an American Association of Colleges of Nursing (AACN) academic health center leadership summit, where they both contributed to a landmark report on the future of academic nursing. UAB was cited in this recent report by the AACN and Manatt Health, which outlines a framework for engaging nursing and medical school deans, health system executives, and respective faculties in the academic health center enterprise. The objective is to promote collaboration designed to spark clinical innovation, align critical resources, and fortify the health of populations.

“We were invited to the summit because of the work we had already done to align our school’s resources with UAB Medicine to facilitate our faculty and students becoming a more integral part of the clinical practice,” Harper says, pointing to UAB nursing’s fourth consecutive Magnet designation as one obvious example of UAB’s progressive approach to professional nursing excellence – a hallmark of UAB Medicine and the School of Nursing. “It’s absolutely critical that we integrate the latest knowledge and trends, capitalize on new models of care, prepare the next generation of the nursing workforce, and bring research capacity into our nursing service.”

Credentials
Harper is the fourth dean in UAB School of Nursing history, having served since November 2005. She holds the Fay B. Ireland Endowed Chair in Nursing and serves as director of the PAHO/WHO Collaborating Center for International Nursing at the School. She has taught and led at all levels of nursing and medical education, including the inaugural nursing program at George Mason University, the University of Maryland School of Nursing, The George Washington University School of Medicine and Health Sciences, and the University of Massachusetts Medical School. She is a Fellow of the American Academy of Nursing (FAAN), one of approximately 2,200 nursing leaders in education, management, practice, and research.

A distinguished leader in developing interprofessional and collaborative clinical partnerships, Harper is known for her expertise in nurse practitioner education, policy, and population-based care. She is the recipient of numerous national awards for her scholarly contributions to nursing education and health workforce research.

Raised in New England, she received a bachelor’s degree in nursing from Cornell University in New York and a Master of Science in Nursing from Catholic University in Washington, D.C. Harper went on to earn a PhD in nursing, with a focus on primary care and gerontology, from the University of Maryland, and she became a certified adult nurse practitioner.

Not enough nurses
The UAB School of Nursing has approximately 2,100 students; roughly 70 percent are pursuing advanced degrees. It awards some 470 graduate degrees and another 300 undergraduate nursing degrees annually.

Harper has overseen many successful initiatives during her 10-plus years at the helm of the school, including several nurse practitioner-led interprofessional clinics in partnership with UAB Hospital and others.

One is a heart-failure clinic for patients with no insurance, and the other is the PATH Clinic, which provides care for underserved patients with diabetes. These clinics save UAB Hospital millions of dollars annually through care models that reduce inpatient hospitalizations.

Dean Harper is proud of these accomplishments and the faculty who lead these new models of care delivery, but she’s keenly aware of the challenges ahead.

“Since about 2000, when the nursing shortage became really apparent, nursing schools have more than doubled the number of new registered nurses in this country,” she says. “The enrollment in graduate nursing programs has also more than doubled, and yet the demand remains high. We’ve seen an aging of the population, and the acuity level of patients has increased dramatically. People are living longer with chronic disease. We see more and more patients with multiple comorbidities, and the complexity requires nurses to be full partners on teams to deliver the highest quality of care.”

Those trends aside, the ability to recruit and retain quality nurses is enhanced somewhat by UAB’s continual efforts and investment in its nursing workforce to improve satisfaction, compensation, and professional development.

“Nurses want to be a part of a culture of shared governance and quality, like we have here at UAB Hospital, and they want to have a voice in improving care,” Harper says. “They want to be valued as professionals for their knowledge, compassion, and delivery of care for patients and their families. I am honored to serve on the Health System Board and to work to promote nursing excellence at UAB.”
Read 7626 times Last modified on May 11, 2016
Tweet
Tagged under