The $500 award, named in honor of the former Auburn University and NBA star, was presented at the 11th Annual UAB Health Disparities Research Symposium. 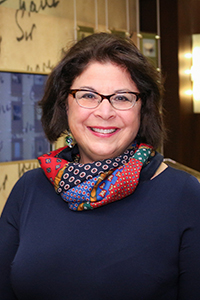 Bakitas, the School’s Marie L. O’Koren Endowed Chair, was nominated by Postdoctoral Fellow and mentee J. Nicholas Dionne-Odom, PhD, RN, ACHPN, and was chosen the winner of the Excellence in Mentoring Award: for Post Doctoral or Junior Faculty. In his nomination, Dionne-Odom detailed how Bakitas has served as a coach, challenger, connector and cheerleader for more than 50 nursing and inter-professional pre- and postdoctoral fellows and junior faculty since 1987.

“She is an elite and internationally recognized clinical researcher and intellectual leader in palliative care for rural underserved populations and the most brilliant, inspiring and dedicated mentor with him I have had the privilege of working,” Dionne-Odom said. “As her mentee for the past five years, I have personally experienced and witnessed her efforts to pave the way for a new generation of palliative care disparities researchers.”

Bakitas, the associate director of the UAB Center for Palliative and Supportive Care, was thrilled by Dionne-Odom’s nomination, his glowing words and the honor itself.

“Being a mentor to someone as skilled and as hard-working as Nick is easy and a joy,” Bakitas said. “Mentoring the next generation of scientists is my most important job. While the role is equal parts teacher, parent, best friend, counselor and critic, the most important mentoring skill is listening.”