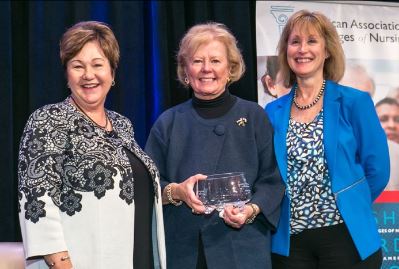 The award was presented to Disch at the AACN 2017 Spring Meeting, March 17-18, at the Fairmont Washington Hotel in Washington, D.C.

Most recently, Disch was elected chair of the Aurora Health Care board of directors, becoming the first nurse to hold the position.