University of Alabama at Birmingham (UAB) School of Nursing Professor David Vance, PhD, MGS, MS, has been named the 2017 recipient of the UAB Department of Psychology’s Distinguished Scholar Alumni Award. Vance is Professor and Director of Research and Scholarly Development at the UAB School of Nursing. 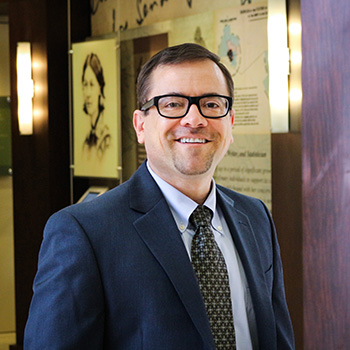 “Dr. Vance is an outstanding alumnus of the UAB Department of Psychology and has demonstrated exemplary leadership, outstanding human qualities and contributions to the university and society as a whole,” said Karen Meneses, PhD, RN, FAAN, UAB School of Nursing Professor and Associate Dean for Research. “He is an outstanding role model for current and future students.”

Vance earned his Doctor of Philosophy (PhD) in Psychology from UAB in 2000 and joined the UAB School of Nursing faculty in 2006. His research focuses on neurocognitive aging and HIV. Although his work is published across disciplines, Vance primarily focuses on nursing since nurses are on the frontline in providing health care to adults with HIV.

Vance has also received a White House invitation to attend the first forum on aging with HIV and has participated as an invited member of the National Institute of Health Think Tank Working Group on HIV and Aging.
Read 6301 times Last modified on March 22, 2019
Tweet
Tagged under