Four members of the University of Alabama at Birmingham (UAB) School of Nursing family were inducted into the Alabama Nursing Hall of Fame Oct. 5, 2017 for their extraordinary contributions to nursing in the state of Alabama.

Those honored from the UAB School of Nursing are: Professor and Senior Associate Dean for Academic Affairs Linda Moneyham, PhD, RN, FAAN; Marsha Adams, PhD, RN, CNE, ANEF, FAAN, a three-time graduate of the School; John Beard, MBD/JD, member of the UAB School of Nursing Board of Visitors; and Marietta Stanton, PhD, RN, BC, CNL, NEA-BC, CMAC, CCM, FAAN, who earned a post-master’s certificate from the School.

Established by The University of Alabama (UA) Capstone College of Nursing’s board of visitors in March 2001, the Hall of Fame was created to honor nurses and others who, through their work and accomplishments, have brought honor and fame to the profession of nursing and the state of Alabama. 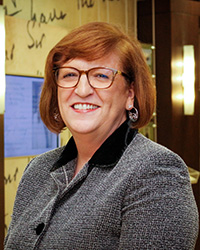 Dr. Linda MoneyhamMoneyham has devoted her career to nursing practice, education and research. Her scientific and professional work emphasizes two aims: empowering women with HIV living in rural areas to cope and to develop self-care skills, and mentoring minority and disadvantaged students preparing to become leaders in nursing. She has published more than 100 scientific articles and book chapters, and she has received multiple honors and awards recognizing her work. As an intellectual leader in nursing, a highly regarded researcher and a dedicated mentor, Moneyham has made extraordinary contributions to the nursing profession in Alabama, nationally and internationally. She has served as a faculty member at Northern Kentucky University, Brenau College, Indiana University, Medical College of Georgia, and Emory University. She also served as a research professor at the University of South Carolina for 10 years prior to joining UAB School of Nursing as the first Rachel Z. Booth Endowed Chair in Nursing in 2007. She is a Fellow of the American Academy of Nursing and is on the Board of Governors of the National League for Nursing. She earned her BSN from Berea College, her MSN from the University of Kentucky, and the PhD in nursing from the University of Indiana. 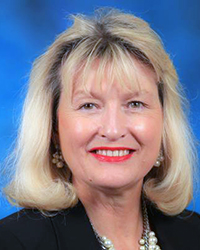 Dr. Marsha AdamsAdams, a transformative leader in nursing education in Alabama, is dean of the College of Nursing at the University of Alabama in Huntsville (UAH). Before assuming the nursing deanship at UAH, Adams held leadership positions at UA’s Capstone College of Nursing. Her scientific papers, books, book chapters, monographs, presentations and consulting activities attest to her national and international reputation as a researcher, scholar and educator. Adams developed KidCheck, an innovative partnership that links nursing programs and community partners to improve the health of Alabama’s children. She is a Fellow of the Academy of Nursing Education and the American Academy of Nursing. Adams has been a leader in elevating nursing education and practice throughout the state, the country and the world. She earned her Bachelor of Science in Nursing (BSN), Master of Science in Nursing (MSN), and Doctor of Philosophy (PhD) in Nursing Education from the UAB School of Nursing in 1977, 1983 and 1992, respectively. 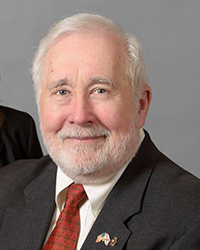 John BeardBeard, a member of the UAB School of Nursing Board of Visitors, has demonstrated a lifetime commitment to health care, particularly palliative and hospice care. For more than 40 years, he has been affiliated with Alacare Home Health and Hospice, where he is chairman and president. Although not a nurse, he has contributed greatly to the profession of nursing in Alabama through his support of nursing practice and nursing education. He is a valued partner with nursing education programs throughout the state. Beard has received multiple honors, all of which demonstrate his tireless efforts on the behalf of nursing and nursing education in Alabama. He was influential in Alacare’s gift to the UAB School of Nursing Building Fund to name a laboratory for simulating home health care visits in the School’s planned new building. 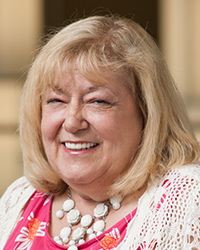 Dr. Marietta StantonStanton, professor and assistant dean of the graduate program in the University of Alabama Capstone College of Nursing, is a dedicated nurse, decorated veteran, nurse educator, researcher and administrator. Her practice and research encompass three primary areas: case management, nurse veterans and nursing practice and education. Her expertise in these areas is demonstrated through her extensive body of scientific publications and contributions to books. Described as an educator who empowers students to soar to new heights, Stanton has made a powerful state, national and international impact on nursing and nursing education. She earned a post-master’s certificate from the UAB School of Nursing in 2014.

The UAB School of Nursing is ranked 13th in overall graduate programs, and among the top five public schools of nursing in the country, by U.S. News and World Report, and offers innovative bachelor's, master's, and doctoral programs, including the state’s only PhD in Nursing degree and a DNP degree offering BSN, MSN and Nurse Anesthesia Pathways; more than 10 specialty nurse practitioner tracks, advanced nursing executive majors in administration and informatics, and an Accelerated Master's in Nursing Pathway (AMNP) for students who already have one degree.
Read 8307 times Last modified on September 27, 2019
Tweet
Tagged under