U.S. News & World Report, in its survey of the Best Graduate Nursing Schools for 2019, has ranked the both University of Alabama at Birmingham (UAB) School of Nursing graduate and doctoral programs 8th in the nation. This represents a rise in the rankings for the School, which was listed 13th in 2018 for its graduate program and 23rd for its Doctor of Nursing Practice (DNP) Program. Schools of nursing graduate and doctoral programs are ranked yearly.

Graduate specialties also are ranked among the top 15 in the country, many of which have continued to climb since the last ranking in 2017. This year’s graduate specialties (along with their ranking) include: Nursing Administration, No. 2, Clinical Nurse Leader, No. 7; Pediatric Primary Care, No. 12, and Adult-Gerontology Acute Care Nurse Practitioner, No. 15. 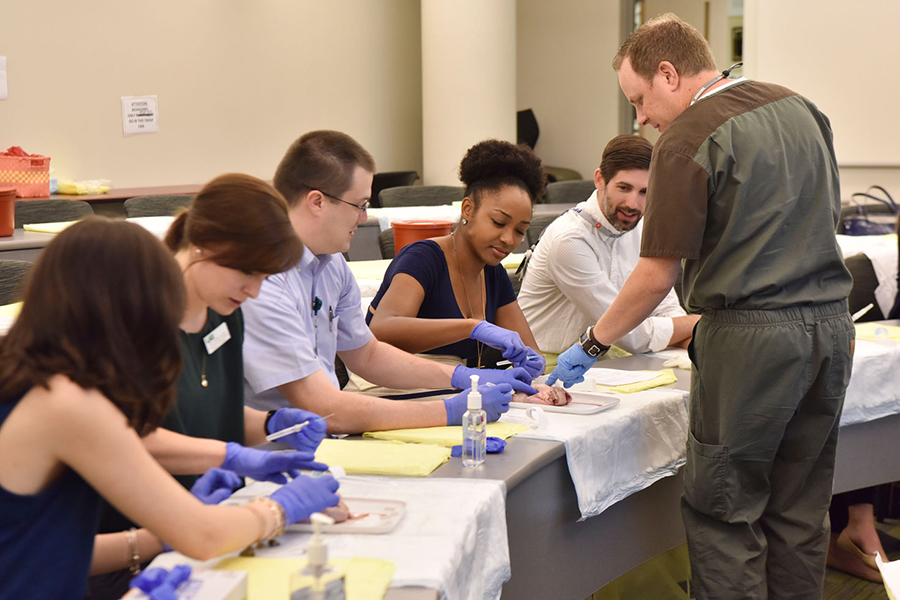 UAB School of Nursing Dean and Fay B. Ireland Chair Doreen Harper, PhD, RN, FAAN, said achieving top tier national rankings yearly for the School’s Master's and DNP programs is a reflection of the excellence of the full complement of undergraduate and graduate programs it offers.

“We are honored our school and programs are recognized by U.S. News & World Report as among the best in our field, and our ascent in these rankings is a tribute to our exceptional faculty, staff, students and alumni of our school, and their commitments to excellence in all of our programs,” said Doreen Harper, Ph.D., dean and Fay B. Ireland Endowed Chair in the UAB School of Nursing. “Our students are bright, driven and devoted to their fields of study. And our faculty, staff and alumni are vested in mentoring them become compassionate nursing leaders who contribute to improving the health and quality of care for individuals, families and populations worldwide.”

Harper added the rankings and pass rates are an important component of the School’s excellence but measures its greatest successes in the patients and families for whom its students, faculty and alumni improve quality of life.

“Excellence in nursing is also measured by caring for patients with increasing rates of chronic diseases, especially those in rural and underserved areas; leading the discovery and translation of novel and cost-effective care models; and generating nurse leaders who are helping forge creative change to advance health locally and globally, ensuring improved quality of life for all patients and families.”

For the Best Nursing Schools rankings, U.S. News surveyed the 552 nursing schools with master's or doctoral programs accredited in late summer 2017 by either the Commission on Collegiate Nursing Education or the Accreditation Commission for Education in Nursing. In total 314 nursing programs responded to the U.S. News nursing statistical data collection.

Of those, 296 provided enough data to be included in the rankings of nursing master's programs. In addition, 203 schools provided enough statistical data to be included in the ranking of DNP programs. In many cases, nursing schools have both accredited master’s and DNP programs.
Both the master's and DNP rankings are based on a weighted average of 14 indicators.

Seven ranking indicators are used in both the master's and DNP ranking models. The seven common factors are the four research activity indicators, faculty credentials, the percentage of faculty members with important achievements, and faculty participation in nursing practice. The other seven indicators in each ranking use measures specific to each degree type.