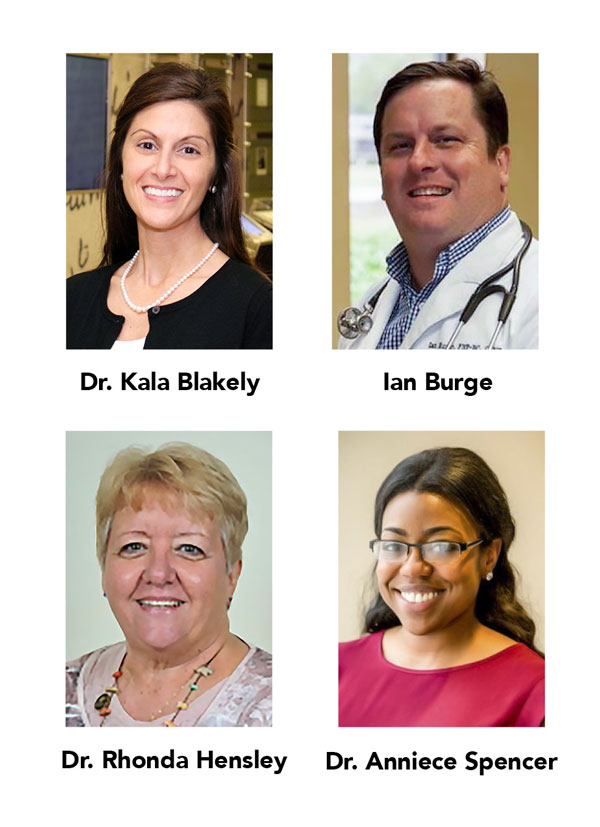 Four alumni have been honored by the American Association of Nurse Practitioners (AANP) for excellence in practice and advocacy in their own states.

Ian Burge, MSN, FNP-BC, CHPN, CRNP, received the Alabama Advocate State Award for Excellence. He earned his MSN from the School in 2010.

Alumna Rhonda Hensley, EdD, DNP, who earned her DNP from the School in 2011, received the Louisiana Advocate State Award for Excellence.

Anniece Spencer, DNP, RN, FNP-BC, BC-ADM received the Missouri Nurse Practitioner State Award for Excellence. She earned her DNP from the School in 2015