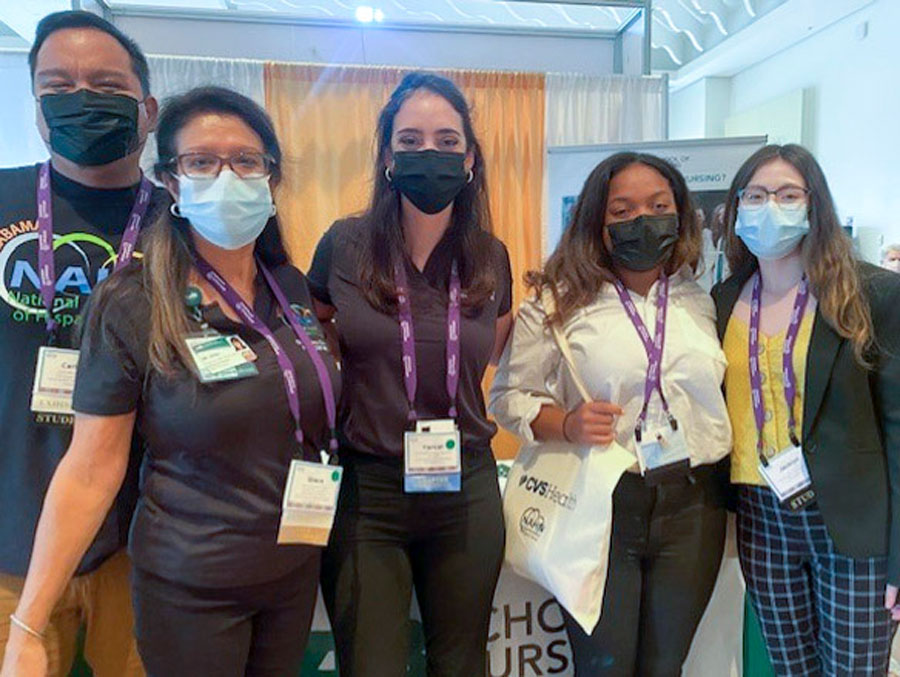 The National Association of Hispanic Nurses has recognized University of Alabama at Birmingham School of Nursing Assistant Professor Grace Grau, DNP, CRNP, ACNP-BC, AACC (DNP 2015) for her continued leadership and dedication to nursing education and community.

Grau received the 2021 Janie Menchaca Wilson Leadership Award, which highlights outstanding leadership contributions at all levels of community as well as leadership in planning, practice or program implementation in a way that has positively impacted the Hispanic community. The award was presented at the 2021 NAHN Annual Conference in San Juan, Puerto Rico.

“There is no greater honor than to be recognized by colleagues for doing what one loves. But as I always say, no success is mine alone, but a culmination of the many people who believed, encouraged, mentored me along the way and made sacrifices to get me to this place in time,” Grau said. “I have been truly blessed to have such a large village.”

Like Mencheca Wilson, Grau is the founding president of a local chapter, the Alabama Chapter of the National Association of Hispanic Nurses. She also served as principal investigator for five NIH Sprint Grants for the All of Us research program, which aims to build one of the most diverse health portfolio databases in history. Grau also led efforts to raise funds enabling 15 AL-NAHN members to attend leadership development and national conferences.

Grau also continues to promote diversity, equity and inclusion through her work at the UAB School of Nursing. Recently, she organized several activities throughout the School as part of Hispanic Heritage Month.