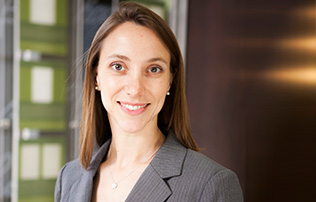 Major Pauline Swiger, MSN, RN, CMSRN, CNL, had been an Army Nurse Corps Officer for just over 14 years when she decided to take her career as a nurse to the next level and earn her PhD.

During her career in nursing, Swiger has been a jack-of-all-trades working in orthopedics, pediatrics, bariatric surgery, oncology, the ER, and health promotion and education. She has been deployed twice and during her most recent deployment to Baghdad, Iraq, she worked as part of a Deployed Combat Casualty Research Team, collecting trauma data in the ER.

It was during her experience on this team that she came to understand the importance of research.

“We saw many traumatic injuries and gathered as much information as possible in the hopes of making care better both in theater and at home,” says Swiger.

She and her team were later able to use data collected in the field to solve problems, answer questions, and ultimately improve care for their patients. She says that the research aspect of her job was the silver lining of her wartime experience.

Swiger chose UAB because she wanted to work with Pat Patrician, PhD, RN, FAAN who is an internationally renowned scholar and researcher in the areas of nurse staffing, the nursing practice environment, and patient and nurse outcomes. Dr. Patrician is a retired Army Colonel and currently holds the Donna Brown Banton Endowed Professorship in the UAB School of Nursing. In addition, she is a Senior Nurse Faculty/Scholar in the Veteran's Administration Quality Scholars (VAQS) fellowship program that focuses on the science of quality improvement, and a national Consultant in the Quality and Safety Education for Nurses program.

“Even before I knew who Dr. Patrician was I knew of her work and how her work had impacted the way I did my job as a staff nurse. She cared about nurses, she cared about patient outcomes, and she was making a difference. The impact she has had on Army Nursing cannot be measured. Like Dr. Patrician, I want to conduct research that matters to nurses and facilities every day,” says Swiger.

With Dr. Patrician as her mentor, it was a perfect fit – their shared military backgrounds and common areas of research interests, the choice to study at UAB an easy decision. 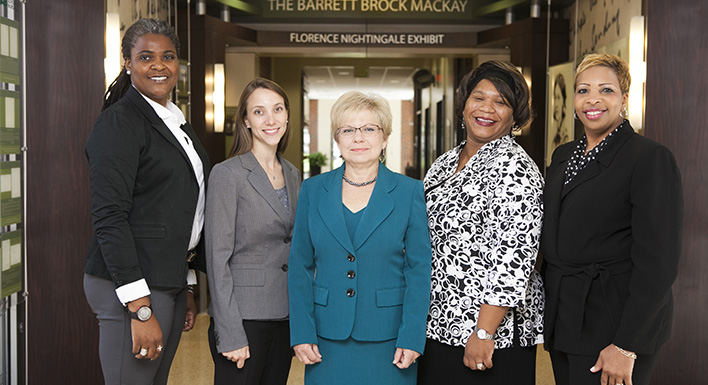 While only in her second semester, she says she feels like she is intellectually growing every day. And has found that the School’s PhD program has been very hands-on and challenging. Not only is she developing her relationship with her mentor, she says she is getting to know the entire research faculty and appreciates the opportunities in and out of class to grow together with her fellow students. Swiger is enthusiastic about her experiences.

“I came to UAB to follow in Dr. Patrician's footsteps and am so very glad I came. Not only because of her mentorship but also because of the whole faculty thus far. I never thought I'd have so many opportunities this early in the program. I feel like I am getting much more of an education than any course catalogue could ever describe.”

The views expressed in this story are those of the author and do not reflect the official policy or position of the Department of the Army, Department of Defense, or the U.S. Government.