Seven among those receiving 2015-2016 scholarship awards

Prapanjaroensin, a Doctor of Philosophy in Nursing (PhD) student, received the prestigious Dr. Charles A. McCallum International Scholarship named in honor of UAB’s third president, Dr. Charles A. “Scotty” McCallum, who served from 1987 to 1993. Dr. McCallum is also a member of the School’s Board of Visitors and has established the Alice L. McCallum Endowed Nursing Scholarship in memory of his wife, Alice, who was a nurse.

The Dr. Charles A. McCallum International Scholarship is awarded annually to a UAB student with a grade point average of 3.5 or better and who currently has citizenship in either Thailand or Taiwan. Prapanjaroensin is from Thailand. 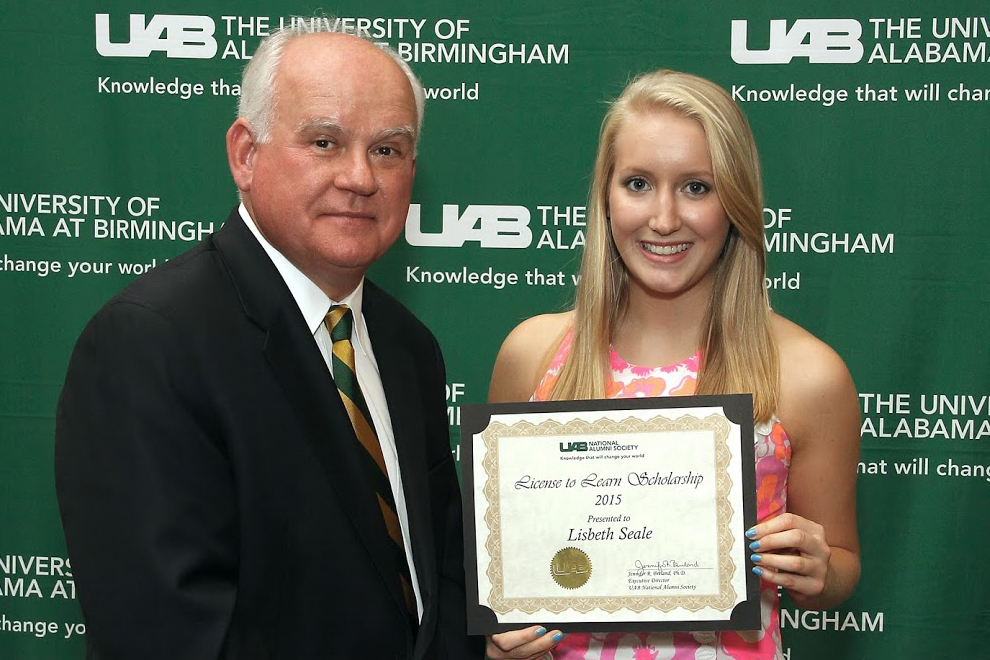 Also honored with scholarships were Hunt, a nurse anesthesia student, and fourth-semester BSN students Gilley and Segars, all of whom were recipients of a Dean’s Scholarship awarded by Doreen C. Harper, PhD, RN, FAAN, Dean and Fay B. Ireland Endowed Chair in Nursing.

Others honored were Prunty, a fourth-semester BSN student, who was awarded a Dean's Scholarship to the University Honors College, and Seale, a pre-nursing student in the Dean's Nursing Scholars Program, who received an NAS License to Learn Scholarship.