Natalie Wilson, DNP, ANP-BC, MPH, AAHIVE, a current PhD student in the University of Alabama at Birmingham (UAB) School of Nursing, has received $100,000 from the Veteran's Administration to fund a two-year Nursing Research Initiative pilot study on the role of inflammation in symptoms commonly reported by HIV patients entitled "Gastrointestinal  Symptoms and Microbial Translocation in HIV+ Veterans." 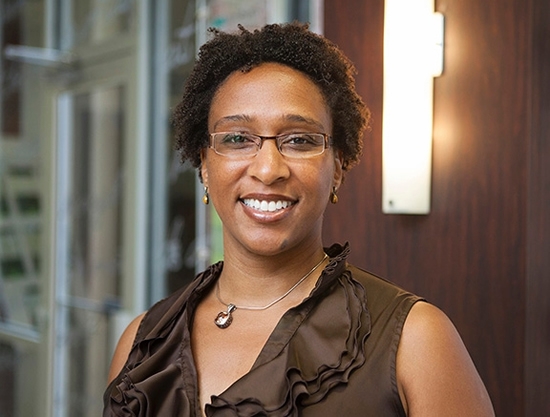 Her pilot study research focuses on inflammation caused by microbial translocation in HIV and whether that inflammation is a source of these symptoms, including bloating, abdominal pain, diarrhea, constipation, nausea, indigestion, and alterations in evacuation. The funding will support a mixed methods pilot study to further investigate symptoms and the influence of symptom perception on adherence decision-making in veterans living with HIV. In addition, she will validate an assessment tool for quality of life in GI disease specifically in the HIV population.

As a student in the UAB School of Nursing DNP program, Wilson examined existing scientific research on the use of probiotics in both healthy and unhealthy populations.  Based on evidence from her findings she built a case for probiotics to be studied in the HIV-infected population to improve general health and overall quality of life.

Wilson said she decided to pursue a PhD in Nursing because she wanted to perform research and improve clinical outcomes for HIV patients. She believes the post-doctoral program will provide her with the specific skills and resources that she needs to grow as a clinical scientist.

"I felt that my project touched on an area that had not yet been investigated in the HIV population. I wanted to pursue my PhD so I would be able to further research this topic and truly make a difference for my patients and many others living with HIV," Wilson said.

Wilson credits much of her success to her school of nursing mentors, Mirjam-Colette Kempf PhD, associate professor and Patricia Patrician PhD, RN, FAAN, professor. Kempf has expertise in HIV-related health services and outcomes research with emphasis on psychosocial barriers in accessing care and medications adherence. Patrician is a mentor with the VA Quality Scholars program and has a successful career conducting military and healthcare utilization studies with nursing practice environments and patient outcomes.

Wilson has been a nurse practitioner since 1995. She earned her bachelor's degree from Spelman College, master's in nursing from Vanderbilt University, master's in public health from the University of North Carolina Chapel Hill and her doctor of nursing practice at UAB.