Role of mentors, coaches as part of the process is focus of $30,000 grant
It always helps someone to have a friend or mentor to guide them through a tough task or difficult journey, and University of Alabama at Birmingham (UAB) School of Nursing Assistant Professor Michele Talley PhD, CRNP, ACNP-BC, believes that could especially hold true for those facing the challenges of diabetes.

With a $30,000 grant from the UAB Center for the Study of Community Health, Talley is testing her hypothesis as part of her work at the Providing Access to Healthcare (PATH) Clinic, which the School supports in partnership with UAB Hospital and the UAB Health System.

Talley’s study, “Impact of Community Health Advisors for Uninsured Adults with Diabetes at PATH” seeks to determine if significant improvement in glycemic control – the management of blood sugar (glucose) levels in a person with diabetes mellitus – can be achieved when regular mentoring or coaching is part of the process. 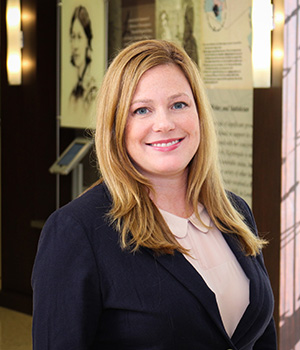 Dr. Michele Talley“A lot of times people assume that patients aren’t compliant with treatment simply because they don’t want to or they lack the discipline to do it,” Talley said. “I may have been guilty of that myself 10 years ago, but what I have come to realize is that often a lack of education or a lack of knowledge about diabetes is the real issue.

“What I have found is that if you give patients the knowledge and the tools they need, then they are more apt to be compliant. Once patients are educated, they tend to have better outcomes, which is what we hope to accomplish here through the community health advisors (CHAs).”

The study is being conducted in two phases. The first phase uses two focus groups made up of 10 to 12 participants each recruited from the PATH Clinic and interviewed in a semi-structured setting to determine the diabetes self-care behaviors of interest to them.

The CHAs, provided through a partnership with the Deep South Cancer Network, are lay people from the community whom Talley will train in behaviors of interest identified by the first focus groups.

The participants in the intervention group will have regular access to a CHA throughout the 12-week study, including face-to-face meetings in weeks one and 12 and weekly contact by phone in weeks two through 11. During these sessions, the CHAs will educate the participants on the previously identified self-care behaviors of interest.

Talley anticipates the study will show that the use of CHAs improves compliance with self-care routines, leading to improved levels of hemoglobin A1c – the test that provides an average of a person’s blood sugar level over a 90- to 120-day period – as well as fewer trips to the emergency room and fewer readmissions after hospital stays.

“It’s like exercising or dieting, when you have a partner to go through it with you, it is a whole lot easier,” Talley said. “So maybe having a partner to remind them each week of the things they need to do to take care of themselves will make it easier for patients with diabetes, too.

“I am anticipating there will be a difference between the two groups, especially in their reduction in A1c levels, and I believe that difference will be attributed to the weekly interaction between the participant and their advisor.”

Talley earned her Master of Science in Nursing degree from the School in 2005 and her Doctor of Philosophy in Nursing in 2015.