The goal of the Jonas Scholars program is to increase the number of doctorally-prepared faculty available to teach in nursing schools and nurse leaders providing direct patient care and filling roles as clinical faculty nationwide.

Sponsored by the Jonas Center for Nursing and Veterans Healthcare, the program provides financial assistance, leadership development and networking support to expand the pipeline of future nurse faculty and advanced practice nurses.

“This year’s recipients are three of our best and brightest PhD students,” Moneyham said. “These students are enrolled full-time and are immersed in the research of their faculty mentors. As such, they are able to learn firsthand what it takes to be a scientist, scholar and leader.”

“Thanks to the Jonas Scholars program, it is students like these who will lead and mentor the next generation of nurse scholars and leaders.”

“That $20,000 will go a long way in supporting these students in their doctoral programs,” Moneyham said. “This will make six years of continuous funding and a total of nine scholars who have been a part of this prestigious program, and we certainly appreciate the Jonas Center for continuing to recognize the quality of our students and our doctoral programs.”

The nursing interests of the students chosen as this year’s recipients range from cystic fibrosis to the rehabilitation of traumatic brain injury survivors to environmental nursing. 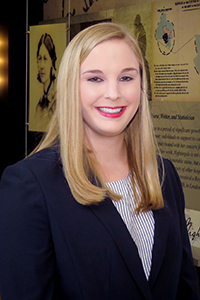 Leigh Ann Bray• Leigh Ann Bray: Prior to enrolling in the PhD program, Bray worked in both the Cardiovascular Intensive Care Unit and the Pulmonary Care Unit at Children's of Alabama. During her time as a nurse on the Pulmonary Unit, she became passionate about improving the quality of life of people who have cystic fibrosis.

“When the CF patients came into the hospital for what they called a CF tune-up, they were there for two weeks,” Bray said. “I would come into work and see the same people over and over, and I started to bond with them and their families. They would become almost like family to me.

“That started me wanting to do something to better the lives of those adolescents and their families. The opportunities the Jonas Scholars program will provide, that I would have never had otherwise, will certainly help me in that goal.”

She is particularly excited about collaborating with other scholars on projects that will focus on using nursing knowledge to impact health policy and the Jonas Scholar leadership development conference the scholars will attend in Washington, D.C. in the fall 2017.

“I am looking forward to the opportunities to collaborate and to go to Washington to learn from the best of the best,” Bray said. “I am very thankful to be able to do that, and I hope to represent the Jonas Foundation and the UAB School of Nursing well. 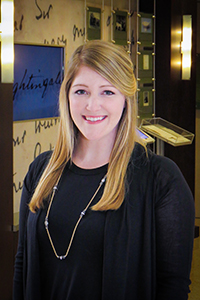 Rachael Mumbower• Rachael Mumbower: As a nurse in the emergency department of Druid City Hospital in Tuscaloosa, Alabama, Mumbower because interested in the long-term outcomes of her patients who had experienced traumatic brain injuries.

“Once we stabilized them in the emergency department and either transferred them to the trauma-surgical ICU or sent them here to UAB, we never knew what happened to them,” Mumbower said. “We never knew if our immediate actions were effective. Eventually I became really interested in the outcomes of those patients.”

She is particularly interested in researching the impact of sleep on cognitive deficits after traumatic brain injury.  After completing her doctorate, Mumbower plans to conduct research to investigate the interplay between sleep, cognition and functional outcomes in traumatic brain injury survivors and explore the sleep experiences of their caregivers as well.

She is also excited about the opportunities she will have as a Jonas Scholar to learn more about influencing policy through her nursing knowledge.

“I am looking forward to learning more about leadership and policy, especially the potential for designing a policy project to impact patients with traumatic brain injury here in Birmingham,” Mumbower said. 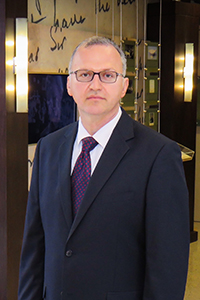 Zoran Pavicevic• Zoran Pavicevic: Among the hundreds of scholarships funded by the Jonas Foundation, 10 will go to students with a specific interest in environmental nursing, and Pavicevic is proud to be one of those.

After graduating with a medical degree in the former Yugoslavia, Pavicevic worked as a medical school instructor for three years and then began to pursue a PhD, which led him to the University of Tennessee Health Science Center (UTHSC) in Memphis. There he did postdoctoral training in molecular pharmacology and earned a master’s in public health.

His introduction to research in nursing science led Pavicevic to earn his BSN from UTHSC, Memphis and then to further pursue research and teaching in nursing by enrolling in the UAB School of Nursing PhD program.

In his research training program in cardiovascular molecular pharmacology and experimental therapeutics, Pavicevic gained valuable knowledge and experience in molecular sciences. In turn this led him to focus on the damage different types of chemicals can do to human cells which led to an interest in how, as a nurse, to deal with such hazards when they arise in our environment.

“My focus is on the chemicals in the environment that cause poor health outcomes,” Pavicevic said. “For example, air pollution, water pollution or industrial pollution – anything chemical we are coming in contact with or are exposed to that makes us sick. I am also particularly interested in how this relates to emergency personnel and first responders who are often exposed to pollutants as part of their jobs.”

He is currently involved in a study of firefighters, police officers, paramedics and truck drivers exposed to environmental hazards in the line of duty and believes his Jonas Scholar funding and experience will allow him to do more such projects that could potentially have global impact.

“The impact will definitely be global because this is about global pollution and health outcomes,” Pavicevic said. “My part will be small, but I feel it will be significant.”

The Jonas Doctoral Nurse Scholars Program continues to be a growing source of funding for students who want to become doctorally-prepared nursing faculty or advanced practice nurses and the UAB School of Nursing continues to benefit from this expansion.

In the initial Jonas Scholars cohort in 2008, six scholars where selected from four schools in three states. In 2012, the first cohort in which UAB School of Nursing students were among the recipients, a Jonas Veterans Healthcare Scholars program was also instituted and a total of 153 Jonas Nurse Leader Scholars and 54 Jonas Veterans Healthcare Scholars were selected from 88 schools in all 50 states.

For more information about the UAB School of Nursing PhD program, click here.