The $330,446 grant will fund Bowen’s pilot project “Promoting Physical Activity among African Americans through Policy” for two years. Through this study she plans to determine what policies and procedures, if any, are in place at one Birmingham health clinic to support discussions about physical activity between health care providers and their patients and whether the mandating of such policies and procedures can increase the frequency of those discussions. 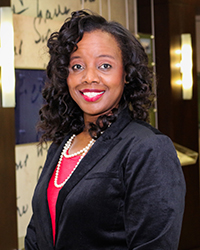 The pilot project is a part of the Gulf States Collaborative Center for Health Policy Research (Gulf States CC), a three-year, $3 million grant to Bayou Clinic in Bayou La Batre, Alabama. The overall goal of the Gulf States CC is to significantly reduce the burden of chronic disease in minority, low-income, and other vulnerable populations in the Gulf region by conducting innovative health policy research, and developing and evaluate a novel community-based model in which community residents assume leadership in the assessment, development, and evaluation of policies impacting health disparities.

The Gulf States CC is a collaboration among the clinic, UAB and the University of Southern Mississippi. Principal investigators on the grant are founder and CEO of the Bayou Clinic Regina M. Benjamin, MD, 18th Surgeon General of the United States, former vice admiral in the U.S. Public Health Service Commissioned Corps and an alumna of the UAB School of Medicine; David Butler, PhD, associate professor and director of the International Development Doctoral Program (IDV) in the Department of Political Science, International Development, and International Affairs at The University of Southern Mississippi; and Maria Pisu, PhD, associate professor in the UAB Department of Preventive Medicine in the UAB School of Medicine and Bowen’s mentor on the project.

Bowen’s study will be conducted in three parts in conjunction with the Cooper Green Mercy Health Services clinic and will focus on African Americans age 21 and older who are able to engage in physical activity.

Bowen and her research team plan to review the clinic’s manuals to see if there are specific policies and procedures in place that encourage health care providers such as doctors and nurse practitioners to discuss physical activity with their patients during their visits.

Finally, Bowen and her team will evaluate the impact of the new policy implementation by conducting interviews with patients immediately after their appointments with their health care provider to see if physical activity is discussed at all. The team will also do follow-up interviews with health care providers and administrators about their attitudes toward and perceptions of the policy changes.

“A lot of interventions that are being done focus on the individual or environmental levels, but with this one I was thinking that we could really use the health care system,” Bowen said. “Patients go to their doctors at least once a year so during the visit I would like for the physician, the nurse practitioner, someone to talk with them about physical activity like it was a vital sign. We check their blood pressure, their pulse and their temperature so why not check to see if they are engaging in physical activity as well?”

Studies indicate that only one-fourth of all Americans engage in regular physical activity and that 55.2 percent of African American adults are considered physically inactive. Couple that with United States Census Bureau figures reported in 2011 that indicated 55 percent of all African Americans lived in the South -- including the Gulf States of Alabama, Florida, Louisiana, Mississippi and Texas -- and you can understand why initiatives to improve physical activity in the region are imperative, Bowen said.

“I would really like to come up with some kind of intervention to increase physical activity in the African American population because we are so disproportionally burdened with diseases such as hypertension, diabetes, obesity and cardiovascular disease,” Bowen said. “All those conditions can be managed with a regular program of physical activity, and instead of it being a reactive measure, it should be a preventative measure used with all patients.”

The Gulf States Collaborative Center for Health Policy Research seeks to examine the socioeconomic, environmental, and/or health and health-system policies that can make a substantial impact on the chronic disease burdens among low-income, minority and vulnerable populations in the Gulf States region.