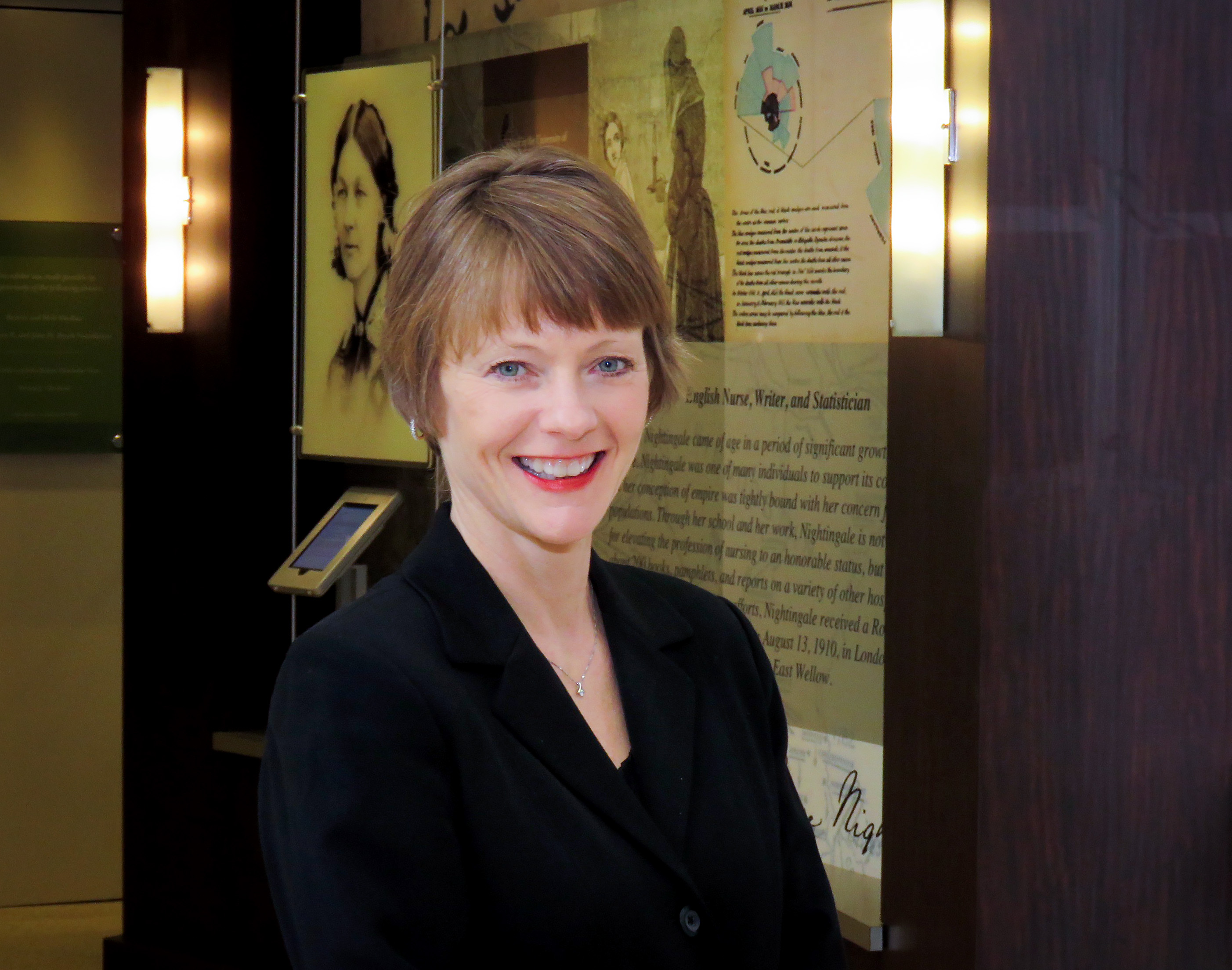 Jennifer Bail, BSN, RN, a second-year student in the School’s Doctor of Philosophy in Nursing (PhD) Program, joins 2015 recipient Timiya Nolan, MSN, CRNP, ANP-BC, as an ACS doctoral scholarship in cancer nursing award winner. Bail’s grant application was one of 12 received by the ACS for 2016 and one of only six funded nationwide.

The grant will provide Bail a total of $30,000 of support over two years as she enters the dissertation phase of her studies. Bail’s research project, “Cancer-Related Symptoms and Cognitive Intervention Adherence Among Breast Cancer Survivors: A Mixed Methods Study” aims to guide the development of future cognitive interventions for breast cancer survivors.

“We are doing a very good job of helping women survive breast cancer, with five-year survival rates of 90 percent,” said Bail, who lost her mother, Judy Uhr, to breast cancer in 2001. “But what about those 3.1 million women who have survived but are now having poor quality of life because of cognitive impairment?

“I want to help these women by developing interventions that will improve their cognition, their quality of life and, ultimately, their survivorship.”

Often called by the misnomer “chemo brain,” cognitive impairment in breast cancer survivors – a decline in attention, memory, executive function, information processing speed or some combination of those cognitive domains – is actually multi-faceted. In addition to the effects of chemotherapy or radiation, breast cancer survivors also often deal with hormonal and sleep issues, stress, depression and anxiety.

Whatever the mix of contributing factors, the results are often traumatic for many women who don’t feel they have anywhere or anyone to turn to.

“A lot of them are afraid to talk about it,” Bail said. “They don’t talk to their health care provider or their family or anyone in their workplace because they are embarrassed. They don’t want people to think they are going crazy. They are ashamed, and it greatly impacts their quality of life. I want to help them. That’s why I am doing this.”

Working with her mentor and national survivorship expert Professor and Associate Dean for Research Karen Meneses, PhD, RN, FAAN, Bail and a team in the School’s Office of Research and Scholarship are currently engaged in two initiatives to address the issue that inspired her to pursue a degree and a career in nursing and survivorship research.

One is a study aimed at improving the cognitive functioning of survivors through a home-based, computerized cognitive training program called “Speed of Processing in Middle Aged and Older Breast Cancer Survivors (SOAR).” The second is a cognitive health education program “Think Well: Healthy Living to Improve Cognitive Function” in which Bail, Meneses and others are heading into the community to spread the word.

“We are going out and educating breast cancer survivors, as well as their co-survivors, about cognitive impairment and letting them know that if they are experiencing it they are not alone,” Bail said. “We provide them with healthy living resources to improve their cognitive function. We are also letting them know that support is available, that there are people they can talk to and that they aren’t going crazy like they may think.”

It is exactly the kind of work Bail hoped to do when she reanalyzed her life and walked away from a corporate job in the missile defense industry after 10 years to become a nurse.

“The reason I am here is my mom,” Bail said. “I saw the journey she went through and after watching her, I really wanted to work with breast cancer survivors. While I actually started off my nursing education to be an oncology nurse in the clinic, once I started doing research I realized that’s where my passion was and that’s where I felt I could really make an impact because I could touch so many people.”

Like Nolan before her, Bail is “an important nurse scholar to keep on the radar,” Meneses said.

“Jennifer is amazing,” Meneses said. “She has the drive and persistence to always do her best. She is outstanding in her communications skills. And she loves working with our community of breast cancer survivors.

“I have no doubt that Jennifer and Timiya will be extraordinary nurse scholars. It is also particularly gratifying that ACS has recognized the vital importance of cancer survivorship and the UAB School of Nursing in this fashion as well.”