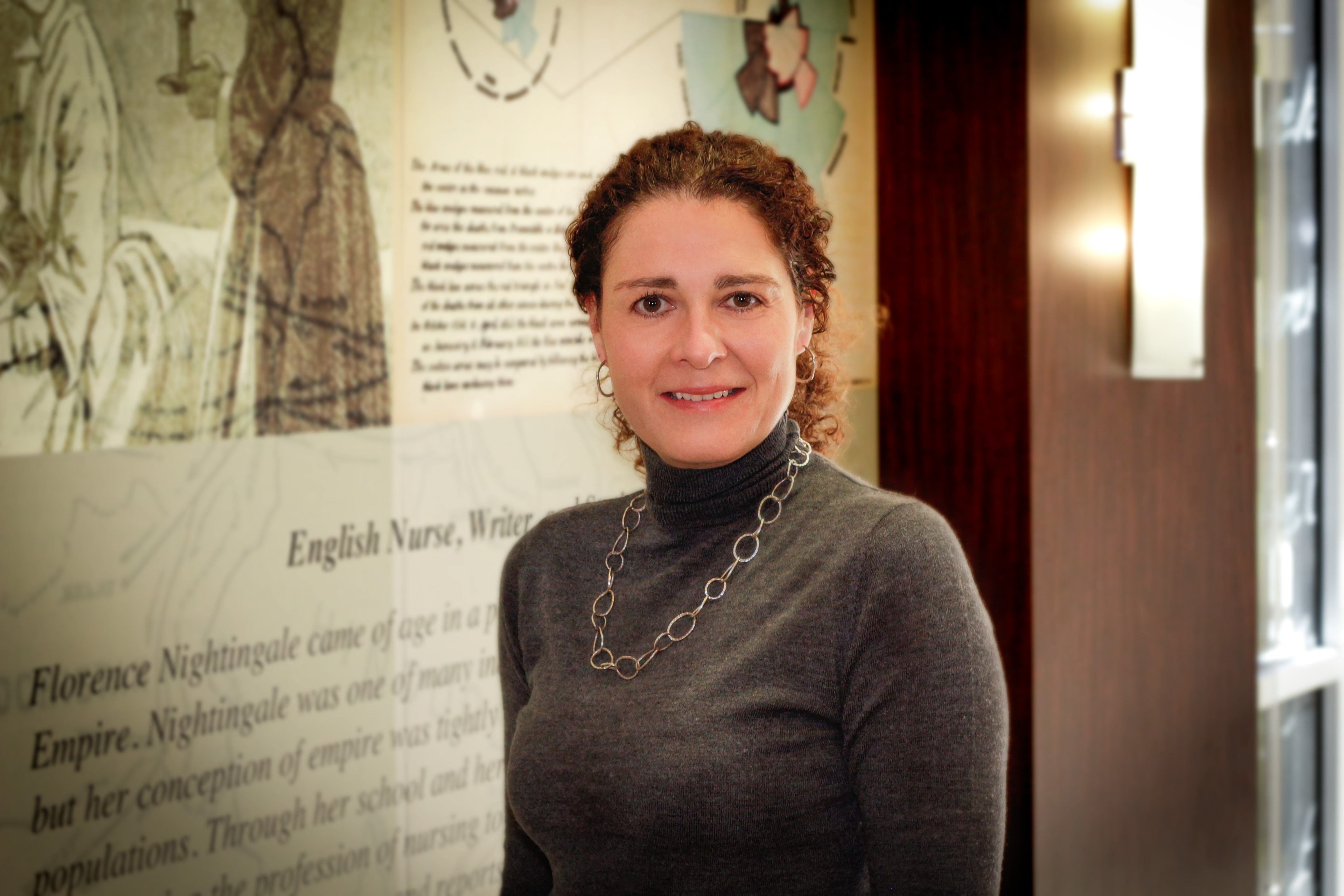 A diagnosis of HIV/AIDS is no longer a death sentence. But, there are still barriers to care that go beyond medication, especially to one of the country’s most atrisk populations, African-American women in the rural South.

“Some 50 percent of those diagnosed with HIV have some mental health issue,” Kempf said. “Depending on the study cited, as many as 60 percent of women with HIV are depressed. They find themselves in rural areas without ready access to mental health professionals, and they bear the weight of the shame and stigma they feel for having contracted the disease.”

Using a $450,000 grant from the National Institute of Mental Health, Kempf set in place a screening process for prospective participants.

“Telemedicine allows them to see the person on the other end and communicate in a similar way as in a face-to-face session without having to drive additional miles to gain access to a specialty care facility such as UAB,” Kempf said.

Participants interact with the interventionists at UAB via secure telemedicine software connecting the School of Nursing with community clinics in Dothan, Montgomery, Tuscaloosa and Selma. In line with UAB’s commitment to student involvement in interdisciplinary research, students trained in cognitive behavioral therapy in the Clinical Psychology doctoral program speak with participants once a week for 12 weeks.

The participants are on average 42 years old, with reports from those having been infected by life partners who did, and did not, know they themselves were infected.

“There is so much judgment about HIV no matter how the person was infected,” Kempf said. “Many of these women have no one to talk to about their condition because they have internalized society’s attitude of guilt and shame.”

In addition, many of the women have suffered or are suffering other traumatic life events such as abuse, post-traumatic stress and poverty, which also contribute to depression.

“We are attempting to overcome some of the psychosocial and structural barriers to care by sharing the amazing resources we have here at UAB,” Kempf said.

But beyond helping individuals, there is a public health issue this study can address: adherence to medication protocols and education.

load under control and pose little risk to others.

Mental health issues such as depression are known to prevent patients from taking their medication as scheduled and attending their clinic visits, both placing

themselves and others at risk. “By addressing depression we can improve an individual’s mental and physical health and impact public health,” Kempf said.

During the weekly sessions, participants talk about adherence as well as any other topic that is impacting their lives. Participant feedback has been overwhelmingly positive.

“Some say it’s the highlight of their week,” Kempf said.

When the 4-year study concludes,

Kempf plans to disseminate the intervention to facilities and professionals who provide care to this population, testing its efficacy via a multi-center NIH-funded trial.

“Interventions such as Dr. Kempf ’s are critical to increasing positive health outcomes for individuals with HIV disease,” said Linda Moneyham, PhD, RN, FAAN, Senior Associate Dean for Academic Affairs and a pioneer in HIV research, which includes developing a telephone intervention for counseling rural HIV-infected women. “Even though there are now highly effective pharmacological treatments that have advanced life expectancy of individuals with HIV disease, the benefits of such treatments are limited for some populations because of social, psychological, and environmental factors that can impact access to care and treatment. Nursing researchers such as Dr. Kempf are impacting the health outcomes in HIV disease through

the development of interventions that target the social, psychological and environmental determinants of HIV-related health disparities.”
Read 7592 times Last modified on March 19, 2019
Tweet
Tagged under