Currie, the only nurse among this year’s five recipients, will explore the reach, quality and impact of pediatric palliative care services for historically underrepresented populations that experience health disparities due to geographic and sociocultural factors through her study “Do Health Disparities in the Deep South Impact Neonatal Palliative Care? Parents Perspectives.” 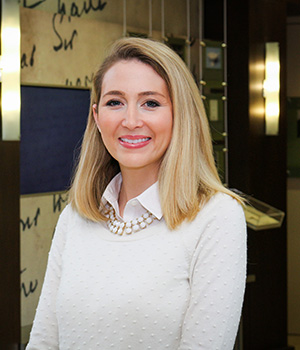 Dr. Erin Currie“Pediatric palliative care, which focuses on comprehensive and holistic care for the families and helps with quality of life, symptom management, and spiritual suffering, and adds a layer of support for seriously ill infants and their parents,” Currie said. “Pediatric palliative care is a comprehensive safety net for parents, and I am going to focus my research efforts on increasing access to that safety net for them.”

Currie said health disparities are widespread throughout the Deep South and palliative care access is no exception. She said it is especially prevalent for infants and children because of the limited access to specialized palliative care providers. Of the 23,446 infant deaths in the United States in 2013, the majority occurred in an intensive care unit within the first 28 days of life.

“As a NICU nurse at the bedside, I have seen parents suffering to make heartbreaking decisions and watching the last days of their infant’s life unfold without adequate support,” Currie said. “I want my study, which is the first of its kind in the Deep South, to enhance quality of life for seriously ill infants and ease the pain and suffering of their parents by improving and encouraging early access to pediatric palliative care.”

Using infant medical record reviews, and by interviewing and surveying parents after an infant’s death in a neonatal intensive care unit (NICU), Currie will identify unmet palliative care and other needs the parents encountered during their child’s hospitalization, near time of death and during the subsequent bereavement period. This will provide much-needed data to help develop an intervention to aid parents of seriously ill children during and following such difficult hospitalizations.

“Research shows that parents who have lost a child are at a higher risk for poor health outcomes as compared with parents who have not lost a child,” Currie said. “Improving access to early palliative care may mitigate some of these and other burdens felt by families facing such serious illnesses.”

Currie, a two-time graduate of the UAB School of Nursing, which holds the highest overall national ranking in the state and is the most affordable highly ranked school of nursing nationally, is also pleased that her first funded study is building on her dissertation research while a student in the School’s Doctor of Philosophy in Nursing (PhD) Program. Currie earned her Master of Science in Nursing (MSN) from the School in 2011 and her PhD in 2014.

“The UAB School of Nursing is an incredible place to do this kind of research,” Currie said. “I am excited that my dissertation research is transitioning directly into the career research I have chosen to focus on. It is particularly satisfying that my time at the UAB School of Nursing has given me a solid platform to build on as I seek to reduce health disparities and enhance the quality of life for infants with serious illness and their parents.”
Read 4648 times Last modified on August 09, 2019
Tweet
Tagged under