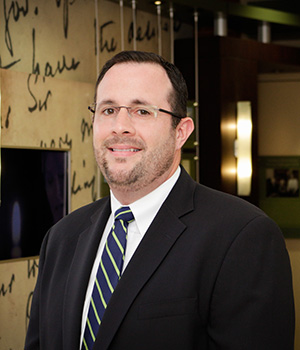 Bryan CombsCombs’ manuscript, “Shoulder Injuries in Commercial Truck Drivers: A Literature Review,” which was co-authored by his mentor, Associate Professor Karen Heaton, PhD, CRNP, FNP-BC, FAAN, was selected by the Association’s editorial board as the publication that made the most significant contribution to orthopaedic literature in 2016. Combs is co-coordinator of the School’s Master of Science in Nursing (MSN) Family Nurse Practitioner (FNP) Specialty Track, and Heaton is coordinator of the Doctor of Philosophy in Nursing (PhD) Program – the only one in Alabama.

The manuscript was initially published in the September 2016 issue of the Orthopaedic Nursing Journal.

“The second-most common area of injury in truck drivers is the shoulder,” Combs said. “They miss significantly more time with those types of injuries than almost any other, but there has been very little research into the subject.

“This manuscript was my first step in creating a foundation and better understanding for my doctoral work.”

Combs, who is currently pursuing his PhD in the School, said the manuscript also serves as the basis for his dissertation focus, “The Prevalence, Mechanism, and Prevention Strategies with Shoulder Injuries of Long-haul Truck Drivers.”

Combs is a former athletic trainer for the football teams at Louisiana State University (LSU), UAB and Birmingham-Southern College. He earned his Master’s as a Clinical Nurse Leader in 2010 through the Accelerated Master’s in Nursing Pathway (AMNP). He earned a second Master’s as a Family Nurse Practitioner in 2012, and has served as a full-time faculty member in the School, which holds the highest overall national ranking in the state and is the most affordable highly ranked school nationally, since 2013.