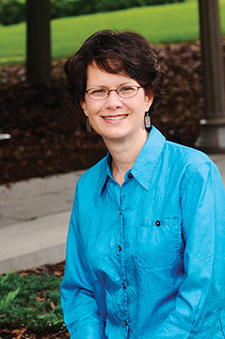 The childhood beginnings of Dee Grant’s interest in health care were less than romantic: “When anyone ever went to the emergency room, when anyone was every hurt, I wanted to go with them and see what happened,” she remembers. “I was just all into it.”

Her entrance into neonatal nursing, however, came not from curiosity but from compassion. Her natural sense of empathy—combined with her experience working alongside her missionary parents in a hospital in Indonesia—confirmed what she had suspected since she was just a little girl: Grant had a calling to be a nurse, and her soft touch made her ideal for the tiniest and most vulnerable patients.

That compassion and soft touch also made her a natural recipient of the Jo Ann Barnett Award for Compassionate Care, granted by the School of Nursing chapter of the UAB National Alumni Society to recognize nurses who “exemplify the best in nursing care.” In her nomination letter, colleagues described Grant as “a constant example of what a professional nurse should be. Her commitment to patient care, quality, and dedication demonstrated toward her babies and their families is impeccable.”

“To me,” Grant says, “compassion is what it’s all about in nursing. That award was an honor, and it makes me want to do even more.” She credits her instructors at UAB with guiding her through her nursing education and impressing upon her the importance of patience and empathy.

After beginning her studies at Samford University, Grant moved to UAB. She worked as a student nurse at Children’s Hospital and, following her graduation in 1974, worked in the Newborn Intensive Care Unit at UAB Hospital. Now a neonatal nurse and NICU preceptor at Brookwood Medical Center, Grant still recalls fondly her training at UAB.

Grant’s 25-year career has seen numerous advances. “The progress we’ve made through the years has been so exciting to me, to see how the smallest infant now has much more of a chance,” she says.

Her career also has seen hundreds of those small infants grow into strong children and teenagers who return to visit the nurse who cared for them in their most vulnerable times. “My husband always says ‘Aren’t you ready to retire yet?’” she says. “No, I’m not ready to retire yet. I still love it so much.”