Continuing a family’s legacy of service

Webster Ray is motivated to serve by seeing worthy causes up close. 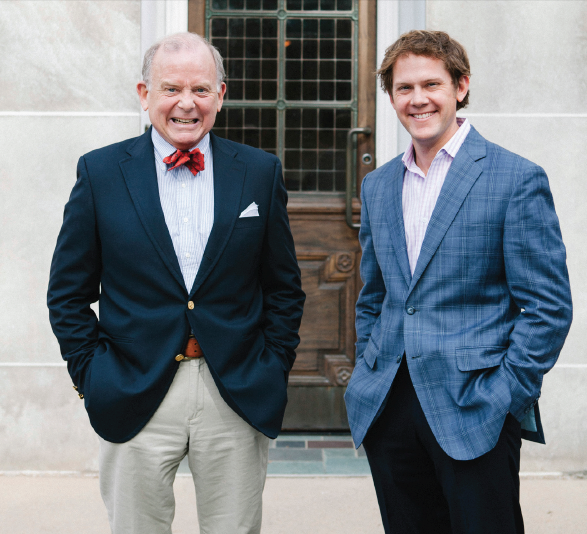 As a member of the Leadership UAB Class of 2009, Webster Ray saw reasons behind UAB’s international reputation and wanted to support UAB. He became a member of the UAB School of Nursing Junior Board of Visitors (JBOV).

“I gained a better understanding of what nurses do,” said Webster.  He wanted to support nursing education.

Then tragedy inspired him.  Like many others, Webster felt deep compassion when his fellow JBOV member Elizabeth McCoin and her husband Seth lost their twin babies, born prematurely in September 2011.  Baby son Houston died four days after birth.  Baby daughter Morgan lived for nine months.  Webster had known Elizabeth since their school days and then had come to know Seth.

Webster was enthused about the JBOV’s decision to raise funds through its No-Show Ball for a UAB pediatric nursing scholarship in memory of Houston and Morgan. “When you look into the faces of your friends and see them go through this kind of tragedy, you can’t help but get fired up about this scholarship to remember their babies,” he said.

The McCoin story “put our entire JBOV into high gear,” said Webster. “As a Board, we now have more of a vision for where we want to go and what we want to do.”

Webster’s brother Barnes has served a JBOV stint. Webster’s father, Birmingham area realtor Henry B. Ray, Jr., has been on the UAB School of Nursing senior Board of Visitors (BOV) since 1995. Expressing pride in Webster’s current JBOV service, Henry said, “Webster has a heart!”  Webster’s mother, Carolyn Ray, added, “I am so proud of Webster that it brings tears to my eyes. Not only does Webster care; he shows that he cares by giving back.”

Henry supports UAB nursing education because “nurses are smart, organized, and compassionate. The caring that nurses show is a big deal!”  He said it doesn’t matter if one has good physicians if the person doesn’t also have good nurses. Glad the BOV helped birth the JBOV, he said, “JBOV members are leaders of the future, bringing in new blood and new thought.”

Among donors Webster has inspired to support the JBOV is his employer, Protective Life Corporation, where Webster is a portfolio manager in the investment group. Webster stays busy. There’s work. There’s volunteering for United Way and the Junior Board of Alabama Forever that helps communities in need.  He’s a member of St. Mary’s on the Highlands Episcopal Church.  There’s some fishing, hunting, and golf.  “But out of everything I do, the Junior Board of Visitors is a big focus,” he said. “It’s important.”