His Investment in Caring Nurses

For 34 years, Jack W. Trigg, Jr., MD, practiced internal medicine in the Birmingham area. He was a member of a group practice that long was called Southside Internists and then, following a merger with another group Southview Medical Group.

During those years Trigg developed a deep appreciation for roles that nurses play in patient care. “Who really looks after you when you are sick and in the hospital?  The nurses,” he said. 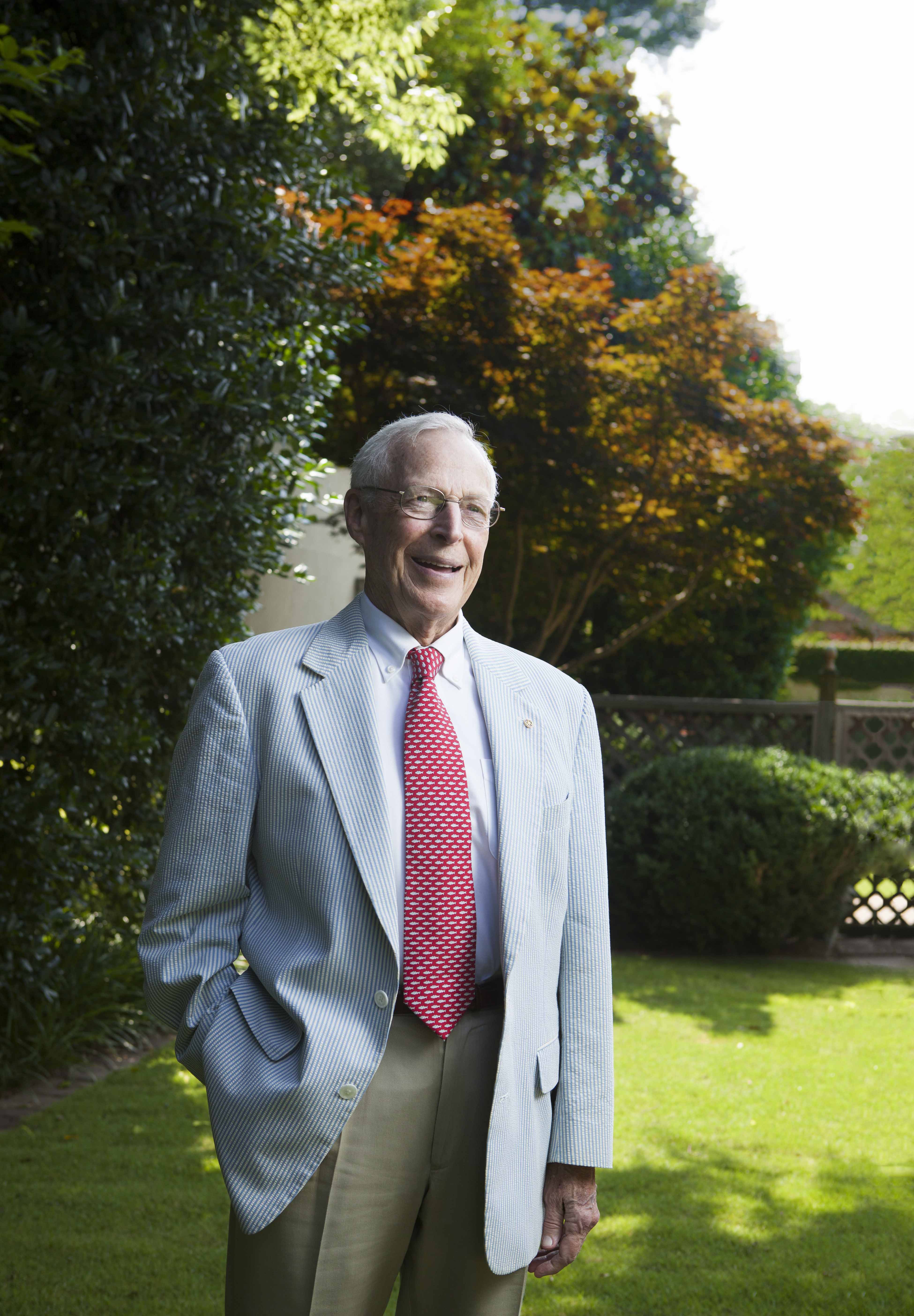 For 34 years, Jack W. Trigg, Jr., MD, practiced internal medicine in the Birmingham area. He was a member of a group practice that long was called Southside Internists and then, following a merger with another group Southview Medical Group.

During those years Trigg developed a deep appreciation for roles that nurses play in patient care. “Who really looks after you when you are sick and in the hospital?  The nurses,” he said.

In more recent years, since his 1998 retirement, Trigg has continued to keep abreast of changes in the health care delivery system. His respect for nurses has become even stronger. “With the major changes we are seeing in how health care is delivered, I am convinced it is the wave of the future that nurses are taking on more responsibility,” he said. “I believe that nurses are the ones who more and more will be addressing patients as whole beings, that nurses are the ones who will be providing that main caring element for patients and their families.”

With admiration for nurses already firm in his mind, Trigg was impressed when he learned that his former golf partner Bradford Kidd (who passed away in 2011) and Kidd’s wife Margaret, had become supporters of the UAB School of Nursing. Margaret Kidd is a member of the School’s community-support group, the Board of Visitors.

“Knowing that Bradford and Margaret Kidd were supporters of UAB’s nursing school got me to thinking,” said Trigg. “I decided that I too was interested in supporting the School.”

Trigg contacted Jeanie Sherlock, another friend who also is a supporter of the UAB School of Nursing and discussed the idea with her. Jeanie Sherlock is a retired hospital nursing administrator; she’s the wife of retired plastic surgeon Eugene Sherlock, who was a medical-school classmate of Trigg; she also is an emeritus member of the UAB School of Nursing Board of Visitors. “Jeanie felt that what I had in mind about supporting UAB’s nursing school was a great idea,” said Trigg.

So Trigg made his arrangements. He met with his attorney and made provisions in his will for a planned gift, a bequest to the UAB School of Nursing a percentage of his Individual Retirement Account.

For longtime physician Trigg, it’s comforting to know that his planned gift will go to a nursing school that is highly ranked nationally, and also that this nursing school is based at UAB. He feels a strong connection to UAB. It was on the campus now known as UAB where Trigg earned his medical degree. It was there where he did a fellowship mentored by widely known Dr. Tinsley Harrison. It was there, after his internship at Duke University, where he took his internal medicine residency.

And, on a personal note, it was on that same campus where Trigg met the woman who would become his wife. Her official name was Dorothy Wynne, but she had been known as “Peachy” Wynne ever since she was an infant born in Georgia and someone said, “She is a real Georgia peach.”

“It was in 1956 when I met Peachy, just before I started my fellowship with Dr. Harrison,” said Trigg. “I was working in the Old Hillman emergency room as an acting intern. Peachy was a ‘pink lady’ – a volunteer at the hospital (a forerunner of what is now UAB Hospital). She came down to the emergency room. And there I was, all dressed up in my bloody white scrub suit.  Peachy thought I was cute. I thought she was cute, too. Two years later we were married.” 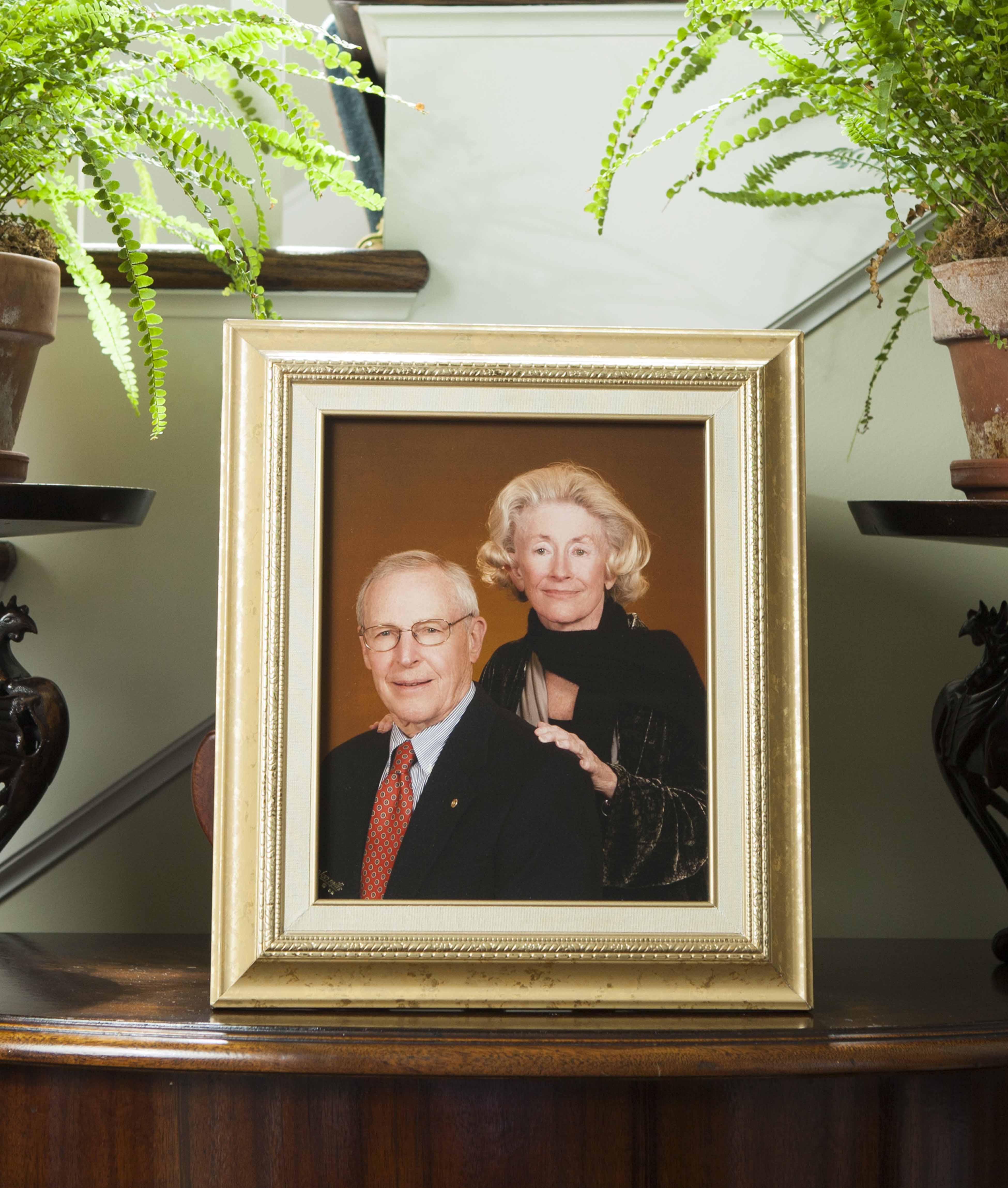 For decades Jack and Peachy Trigg shared their active lives together. There were many happy times, including the births and the rearing of their sons, John and James. There also were the trying times, including the tragic loss of John to a swimming accident when he was 13. James is now an attorney in Atlanta.

Now, sadly, the decades of busy activities shared by Jack and Peachy Trigg have been interrupted by Alzheimer’s disease, which over the past several years has taken a steady toll on Peachy.

The gift that Jack Trigg has arranged to bequeath to the UAB School of Nursing will be used to establish a fund named for him and his wife – the Dr. and Mrs. Jack W. Trigg, Jr. Endowed Support Fund for Nursing Honors. Monies in this fund will enable the UAB School of Nursing to interact in very meaningful ways with students who have demonstrated strong academic promise – students known as Nurse Scholars. This interaction can begin early on in the students’ college journey, when they are taking pre-nursing courses.

Jack Trigg said that he feels good about his decision. “I feel completely satisfied with my decision to support the UAB School of Nursing through a planned gift,” he said. “I know it’s the right decision. In fact, I have such a good feeling that I have told others about it. When they ask what led to my decision, I’m very glad to tell them about the increasingly important roles I feel that nurses have in delivering health care and how nurses provide so much of that caring piece.”