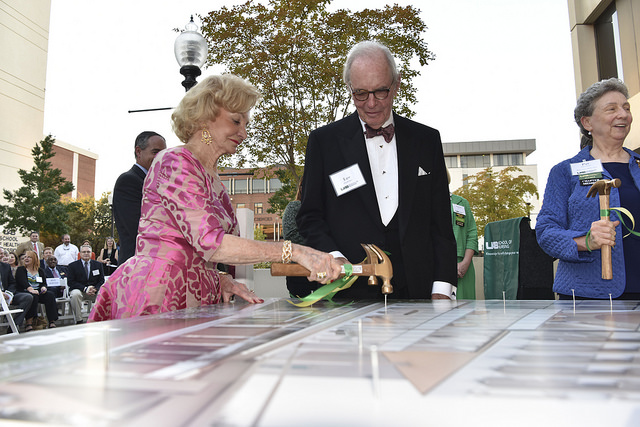 The UAB School of Nursing broke ground on its $32 million, 72,000-plus-square-foot building expansion on Thursday, Oct. 6, with a ceremony on the SON plaza for more than 200 donors, alumni, faculty, staff and students, and representatives of UAB administration.

But in lieu of a traditional groundbreaking – and because the project involves expanding the current facility – key supporters were invited to sign and hammer nails into a commemorative rendering of the new space, which will be displayed when the project is complete. 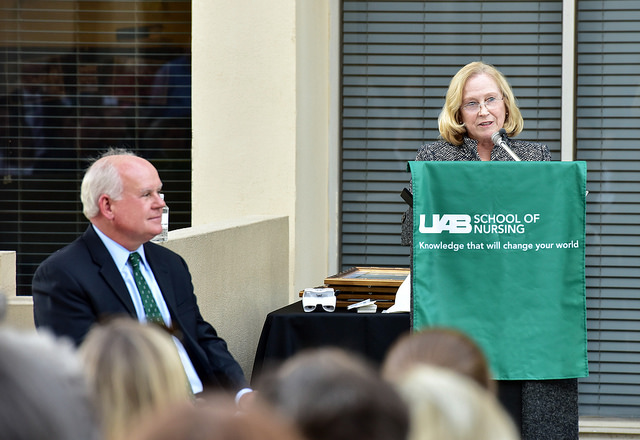 UAB School of Nursing Dean Doreen C. Harper, PhD, RN, FAAN, the Fay B. Ireland Endowed Chair in Nursing, acknowledged the School’s Campaign Building Committee, co-chaired by Barrett and Rick MacKay, for their their efforts in helping to raise money for the project. She recognized Dr. Bruce Burns, Eileen Meyer, Kathe and Anthony Patterson, and other supporters who invested early in the building campaign.

Framed resolutions from the University of Alabama Board of Trustees were presented to donors who have made gifts to name spaces in the new building, including the UAB School of Nursing Board of Visitors and Junior Board of Visitors, Bill and Jan Ferguson, Sue Ellen and Mike Lucas, Dr. Karen Meneses and Dr. Patrick McNees, and Lee and Catherine Styslinger. 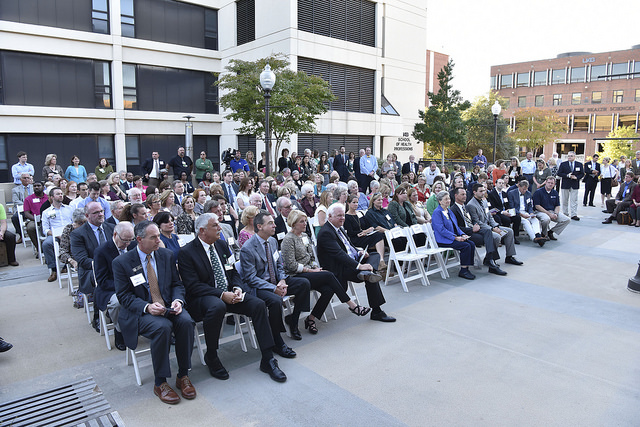 The event concluded with a Hard Hats and Hammers reception in the SON Building lobby. The project is scheduled for completion in 2018.

Click here to see renderings of the expanded and renovated building.