Alumna gives back to community and School

Catherine Whelton, who earned her Bachelor of Science in Nursing (BSN) from the University of Alabama at Birmingham (UAB) School of Nursing in 1972, enjoyed a decades-long nursing career that took her from bedside nursing to community outreach. Although recently retired, her legacy continues to provide free health care for people who cannot afford it. 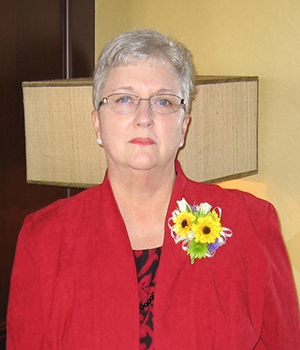 “There were plenty of opportunities to help people. We provided care that allowed people to get a leg up on their recovery,” she said.

The care given to Hurricane Katrina victims was part of a program Whelton implemented that provided health screenings and assessments, financial and physical resource guides, and other preventive care resources to people in the Mobile area.

“That program is ongoing and still helping people today who lack the resources for life and health,” Whelton added.

Whelton’s nursing career began at Emory University Hospital where she worked as a staff nurse. After three years, she moved to Houston, Texas, where she worked for six years as a staff nurse and nurse manager. It was there that she met her husband, Jim. After the two married, he was transferred to Mobile, and Whelton took a job there as an operating room nurse at Doctors Hospital.

It was in this role that Whelton’s career took a turn. She was asked to develop staff and equip the Mobile Surgery Center, and she became the operating room supervisor for that project.

“Then in 1987, Providence Hospital came and recruited me to become the Director of Outpatient Surgery,” Whelton said. “After about four years, I was asked to run the main operating room and gastrointestinal lab, as well.”

After serving in this role for 12 years, Whelton became the Director of Community Outreach Services, the position from which she retired after 11 years of service in 2013. Even in her retirement, she continues to serve her community through volunteerism.

“I had been on the board for Ozanam Charitable Pharmacy and always told them I would work for them when I retired,” Whelton said.

Whelton was a UAB School of Nursing student in the early 1970s, an important time in the School’s history.

“My class was the first to occupy the then-new building, and we were also the first to study all four years in Birmingham,” she said. “The nursing dorm was still partially occupied by University Hospital diploma nursing students.”

Today, Whelton is among the UAB School of Nursing’s most dedicated supporters. She gives annually to support scholarships and other important initiatives to benefit baccalaureate nursing students.

“When I was a brand-new nurse working at Emory University Hospital, my mentor was a charge nurse there. She taught me the importance of giving back to the institution that prepared you,” Whelton said. “I took that charge and ran with it.”

Carrying on her mentor’s legacy is important to Whelton, and she has mentored younger nurses in every phase of her career.

“I always tried to help people along the way,” she said. “At Providence, I started an education program so staff nurses working in the hospital could move to the operating room with support from other staff nurses until they were ready to fly alone.”

While she worked in community outreach, Whelton also mentored graduate students to teach them the specifics of community health. She was invited by Sigma Theta Tau International Honor Society of Nursing to join as a Community Leader in recognition of her important work for community health.

In 2009, Whelton was named one of 10 “Alabama Hospital Heroes” by the Alabama Hospital Association. In addition to her BSN from the UAB School of Nursing, she also holds a Master of Health Service Administration earned from the College of St. Francis.
Read 5559 times Last modified on April 17, 2017
Tweet
Tagged under