For University of Alabama at Birmingham (UAB) School of Nursing alumnus Darrell Owens, DNP, palliative care means more than providing specialized care for patients with life-threatening illnesses. It means practicing the highest levels of patient advocacy and always standing for the patient he learned on the job and in earning his DNP at UAB, home to one of the nation's premier palliative care programs.

Owens, who currently serves as clinic chief and director of the University of Washington (UW) Outpatient Primary, Palliative and Supportive Care Program, is a nationally recognized leader in adult health, gerontology and palliative care.

A true pioneer in nursing leadership, he founded palliative care services at Harborview Medical Center and Northwest Hospital in Seattle, Washington—he was the first advanced practice nurse to found a medical consult service within the UW Health System. 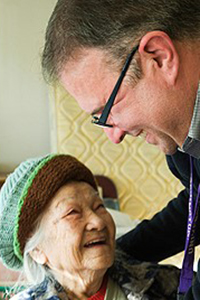 Owens realized his passion for patient advocacy early in his career, during his second year as a nurse. A travel nursing job landed him in San Francisco, California during the HIV/AIDS crisis in 1992.

“Having taken care of those patients in the emergency department and hospital, I realized there was no one advocating for them,” he said. “It was boots-on-the-ground work doing AIDS hospice that launched my career in palliative and hospice care. I was drawn to being a patient advocate, which is truly what a nurse should do—care, be compassionate, and advocate on your patient’s behalf to the rest of the system.”

It was in this role that Owens realized he had found his calling in life, so he took a full-time hospice position. “I quickly recognized that hospice care is complex and I was on my own with a lot of autonomy,” he said. “The work I was doing was so cutting-edge. Specifically, we were taking care of AIDS patients and people around the world would call and ask questions about how we handled their care.”

Owens was promoted to a supervisory role and also helped another nurse start a new hospice program through a home care agency. It was because of this experience that he was recruited to Seattle as a consultant to help a floundering hospice program. Three years after arriving in Seattle he joined UW Medicine where he has since been employed for 15 years.

As one of only two nurse practitioner chiefs at UW Medicine’s Northwest Hospital, Owens is fully responsible for Supportive Primary and Palliative Care Practice. His clinic is exclusively staffed by nurse practitioners, who have full practice authority in Washington.

Owens, having served in many advisory and consultancy roles within palliative care, is a nationally-recognized expert in the field. He was selected as the American Association of Nurse Practitioner’s Nurse Practitioner of the Year for the State of Washington in 2011, and in 2012, he was the first nurse practitioner to receive the Cambia Foundation’s Sojourn Award for pioneering work in palliative care. He has lectured on palliative care and suffering in China and Vietnam and has published over 20 articles in peer reviewed journals. In 2001, Owens was accepted into the Harvard Medical School Center for Palliative Care Faculty Scholar Program and became one of the first nurses to complete the program.

Holding board certifications in Adult Health, Geriatrics/Gerontology and Hospice/Palliative Care, Owens practices clinically in addition to his management role as Section Chief at UW. He also holds an appointment as Clinical Assistant Professor of Medicine and Nursing at UW. 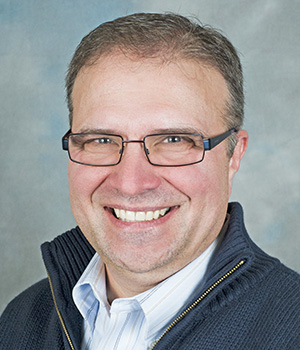 Dr. Darrell OwensAs a Doctor of Nursing Practice (DNP) student at the UAB School of Nursing, Owens conducted a capstone research project that was ultimately published in the Journal of the American Association of Nurse Practitioners. His study examined whether people served by his outpatient palliative care program had a reduction in emergency department visits.

“It was a six week pilot. We found, during that time, that we had almost a fifty percent reduction in emergency department utilization than before we got involved,” Owens said. “Since my work was published, at least five other DNP capstone projects have built upon mine.”

Owens believes his DNP from UAB provided him with personal growth and broadened horizons. “I’ve been able to teach part time at Seattle Pacific University and supervise DNP capstone projects for UW students.”

“Out of all my education, earning my DNP was the most enjoyable experience. It definitely was not easy, but it was very much geared to my career.”

Owens is a proud UAB alumnus—“Even though I was in a distance-accessible program, I feel completely connected and committed to UAB,” he said. “The School does such good work, and it’s a pleasure to support it.” Owens is a life time member of the UAB Alumni Society and a dedicated supporter of the UAB School of Nursing Annual Fund.

In 2015, the Nursing Chapter of the UAB National Alumni Society awarded Owens the Jo Ann Barnett Award for Compassionate Care in Administration.

“As I reflect on my career, I realize I’m still in it today because it continues to be my calling,” Owens said. “I can’t imagine doing anything else and I feel like I’m still in the same role of advocating, only now, instead of AIDS patients, it’s for the geriatric population. It’s the same kind of advocacy—it’s doing the right thing and standing for the patient.”
Read 4129 times Last modified on March 22, 2019
Tweet
Tagged under