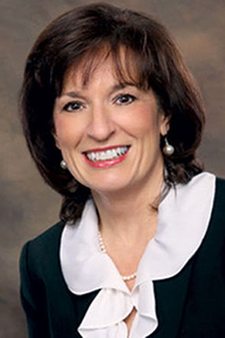 University of Alabama at Birmingham (UAB) School of Nursing Alumna Martha G. Lavender, PhD, RN, FAAN, is one of 30 women to be named to the 2017 list of “Women Who Shape the State” by This Is Alabama.

The list recognizes women who invest their time and talents into making Alabama a better place, and in the process, encourage other leaders to do the same.

Currently, she is president of Gadsden State Community College, is an inaugural member of the UAB School of Nursing National Advisory Council and serves as a visiting professor in the School.

Lavender has co-authored publications on pandemic influenza, emergency preparedness training and care models for HIV patients. In 2013, she was inducted into the Alabama Nursing Hall of Fame, and in 2015, she was inducted as a Fellow of the American Academy of Nursing.

As a member of the UAB School of Nursing’s National Advisory Council, Lavender serves in an advisory role to Dean Doreen C. Harper, PhD, RN, FAAN. Established in 2015, the Council examines and facilitates innovative and practical strategies that impact the School’s teaching, research and service missions.
Read 3899 times Last modified on March 22, 2019
Tweet
Tagged under