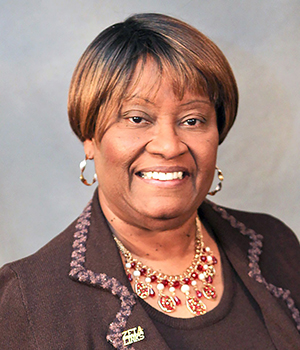 Tuskegee University is home to the state of Alabama’s first baccalaureate degree in nursing program, established in 1948 by Dr. Lillian Holland Harvey.

Previously, Hendricks served as the founding dean of the Division of Health Sciences at Concordia College, as well as 17 years in the Auburn University School of Nursing where she was the Charles W. Barkley Endowed Professor.

“My goal at Tuskegee is to grow the School of Nursing and Allied Health’s enrollment, programs and, of course external funding,” Hendricks said.

Hendricks received the UAB School of Nursing Distinguished Alumni Award in 2007. She is a two-time graduate of the School, earning her Bachelor of Science in Nursing (BSN) and Master of Science in Nursing (MSN) degrees in 1974 and 1981, respectively. In 2016, she established the Dr. Constance Smith Hendricks Endowed Scholarship in Nursing together with family and friends to support deserving UAB School of Nursing students.
Read 2609 times Last modified on March 22, 2019
Tweet
Tagged under