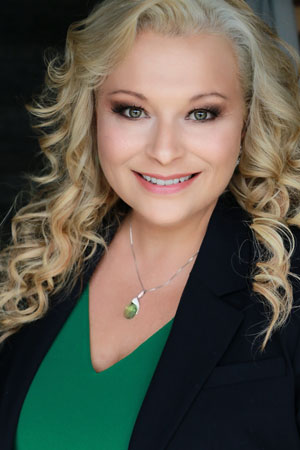 A fundraiser to provide housing for homeless women veterans and their children, Ms. Veteran America highlights the strength, courage and sacrifice of our nation’s military women. The 2018 cohort of participants raised more than $100,000 – a record for the history of the program.

Nearly 400 female veterans applied to participate in Ms. Veteran America. VanDyke was invited to compete in the semi-finals held in Arlington, Virginia, where she was selected among 25 other veterans to compete in the final competition in Hollywood.

“The competition was primarily judged on advocacy efforts and military service,” said VanDyke. “Other areas of competition were interview, talent and evening gown.”

For the talent competition, VanDyke sang “This is Me” from The Greatest Showman movie soundtrack.

“It was an honor to be among such talented, service-oriented warriors,” Van Dyke said. “As women in the military, we often feel invisible and we don’t ask for help. I was happy to help my fellow servicewomen who need it most, and it was neat being with 25 other like-minded women veterans during the competition.”

VanDyke is Program Administrator for the Master of Science in Nurse Anesthesia program at Florida State University Panama City. She joined the U.S. Air Force in 1996 and served in Balad, Iraq in 2009, where she led eight anesthesia providers, trained Special Forces medics in advanced airway techniques and provided trauma care to more than 250 patients.

VanDyke earned her Doctor of Science in Nursing (DNP) from the UAB School of Nursing in 2013.