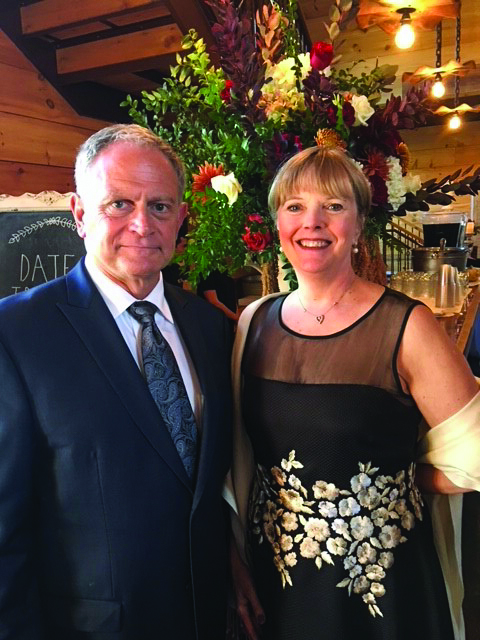 Alumnus Edward (Vance) Ferebee and his wife Vicki have made a planned gift to the UAB School of Nursing unlike any before—it is the first to ensure students who are interested in pursuing careers in critical care or emergency nursing can do so through the Vance and Vicki Ferebee Endowed Scholarship in Nursing.

“I was a scholarship recipient during my time as a UAB School of Nursing student,” said Vance Ferebee—a 1980 Bachelor of Science in Nursing (BSN) graduate. “My experience as a Callaway scholarship recipient allowed me to focus more on school without the added pressure of financial concerns. Now I would like for others to have the same opportunity I had.”

Ferebee is the Program Director for Phoenix Air Group, a jet-charter service based in Cartersville, Georgia. The company is most well-known for transporting more than 40 Ebola victims in 2014.

“As a flight attendant for 13 years, Vance and I have both enjoyed having interesting careers with crazy schedules,” Vicki, said. Ferebee, who worked on the Ebola flights that saved many lives, describes the experiences as being among the highlights of his career in emergency nursing.

“We trained hard for those flights,” he said, “but the procedures are well established and thought out, so we were actually pretty comfortable.”

The program was named Program of the Year by the Association of Air Medical Services in 2017.

Having been a nurse for 37 years, Ferebee has flown both rotor and fixed wing aircrafts for 27 of those years. His goal is to reach 5,000 transports before retiring.

In addition to providing hands-on care to patients being transported by air, Ferebee develops and implements the clinical, operational and logistical planning in support of Phoenix Air’s contracts with the U.S. Centers for Disease Control and the U.S. Department of State for the repatriation of patients, such as those during the Ebola crisis.

“The UAB School of Nursing gave me the tools to build a great career as a clinician,” Ferebee said. “Their focus on pathophysiology alone has made learning and testing much easier for me throughout the years, and I was fortunate to have some very strong clinical instructors. “I can pinpoint that it was my time as a UAB School of Nursing student that really got me focused on learning and excited about my career. I hope our scholarship will have the same impact on tomorrow’s critical care/emergency nurses.”