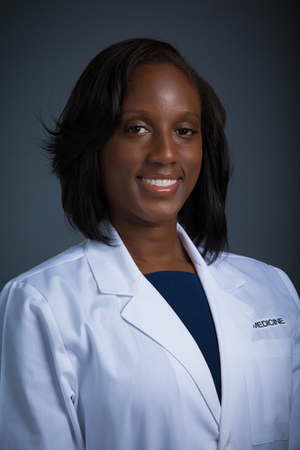 University of Alabama at Birmingham School of Nursing alumna Lindsey Harris, DNP, CRNP, FNP-BC, is making history as the first African American president of the Alabama State Nurses Association (ASNA) in its 107-year history and will assume the presidency on September 25.

Harris, who earned her MSN from the School in 2011 and her DNP in 2016, is an adjunct clinical instructor in the School. She works at UAB Hospital as the Inpatient Glycemic Control Nurse Practitioner.

“The Alabama State Nurses Association is the voice for all 100,000 plus nurses in Alabama,” Harris said. “We are committed to promoting excellence in nursing. Becoming a member of this organization means advancement, it means change, it means diversity and inclusion not only for our profession, but also for the citizens we serve! #StrongerWeStand!”

Harris held several positions within ASNA before her election, including chair of the Commission on Professional Issues, Environmental Committee, delegate-at-large and ASNA secretary.

She is a past president of the Birmingham Black Nurses Association Inc. (BBNA) and a member of the National Black Nurses Association Inc. (NBNA). In 2011, Harris was recognized as NBNA Staff Nurse of the Year, received the NBNA Advanced Practice Nurse of the Year award in 2015, and was recognized in 2016 as a member of the next generation of nursing leaders with the NBNA 45 under 40 Award.

“Dr. Lindsey Harris is a trailblazer who embodies exceptional leadership characteristics needed to advance the voices of all nurses in Alabama,” said UAB School of Nursing Dean and Fay B. Ireland Endowed Chair in Nursing Doreen C. Harper, PhD, RN, FAAN. “An advocate for excellence, competence, diversity, mentorship and unification, she is the first nurse of color to lead the Alabama State Nurses Association at an unprecedented time in our history. The UAB School of Nursing is so very proud to recognize, support and applaud Dr. Lindsey Harris as she embarks on her new leadership role.”

ASNA was founded in 1913 to be the professional voice of all nurses in Alabama. ASNA promotes excellence in nursing by modeling professional nursing practices, adhering to the code of ethics for nurses, promoting cultural diversity, promoting health parity, advancing professional competence, promoting ethical care and the human dignity of a person, and maintaining integrity in all nursing careers.