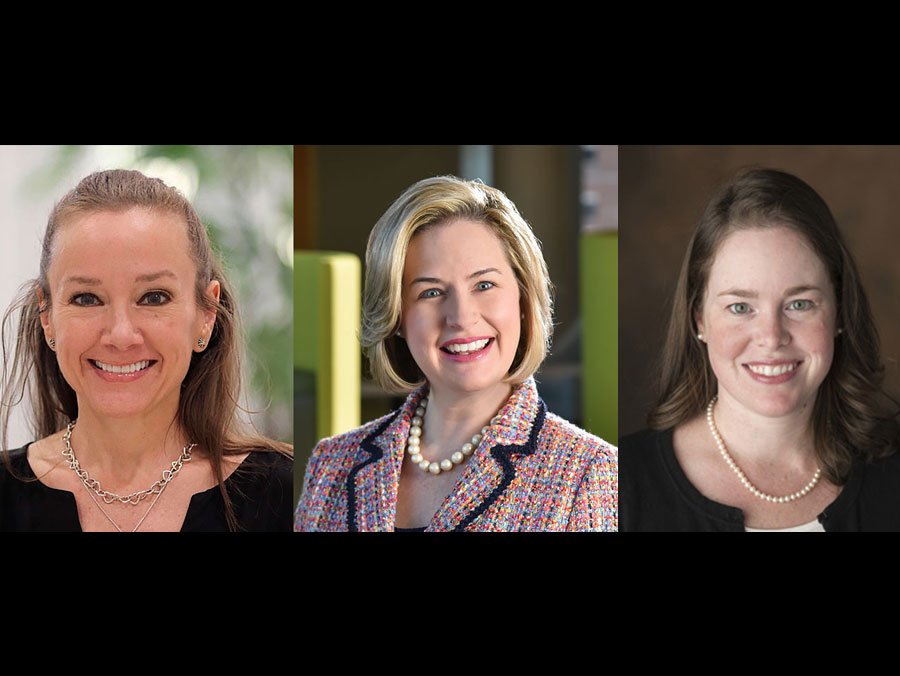 Three members of the University of Alabama at Birmingham (UAB) School of Nursing community have been recognized for excellence by the American Association of Nurse Practitioners, including one alumna and two faculty who are also alumni.

Aimee Holland received the 2021 AANP Alabama Award of Excellence – Nurse Practitioner. Holland is a 2012 UAB School of Nursing DNP graduate and has a faculty practice that provides gynecology services at the UAB Student Health and Wellness Clinic. The clinic is also the primary platform for her scholarly work, which focuses on gynecology procedures, contraception, vaginal infections and gynecological cancer prevention. As the former Chair of the Board of Directors for the National Association of Nurse Practitioners in Women’s Health and a Fellow of the American Association of Nurse Practitioners, Holland works to improve women’s health and advocates for rural and underserved Alabamians. She regularly hosts a gynecology procedures workshop which has prepared more than 3,500 providers. She has also developed a virtual educational workshop that includes published videos and peer-reviewed journal articles, which have received over 25,000 views globally.

Meyer received the 2021 AANP Alabama Award of Excellence – Nurse Practitioner Advocate. Meyer is a two-time graduate from the UAB School of Nursing, earning her MSN in 1997 and DNP in 2017. She serves as Senior Policy Advisor for the Nurse Practitioner Alliance of Alabama and previously held the position of Vice President of Policy. Meyer has worked to expand the practice of nurse practitioners by working alongside Alabama Medicaid to expand inpatient billing codes and billable procedures, developed the Critical Care Advanced Protocol with the ABN/ BME, sponsored Alabama Act 2018-474 (Signature Authority Bill) and is actively working to increase the MD:NP ratio. Through Meyer’s advocacy, state leaders are more informed about nurse practitioners and their scope of practice.

Jackson also received the 2021 AANP Alabama Award of Excellence – Nurse Practitioner for Tennessee. Jackson earned her BSN from the UAB School of Nursing in 2003. This award recognizes an individual nurse practitioner in each state who has demonstrated excellence in clinical practice. Jackson is a Nurse Practitioner at Vanderbilt University Medical Center, an Assistant Professor at Vanderbilt University School of Nursing and Administrative Director of Advanced Practice for Vanderbilt-Ingram Cancer Center (VICC). In addition to her role in AANP, she is also a member of the Tennessee Nurses Association, Tennessee Pain Society, Sigma Theta Tau International Honor Society of Nursing and the American Society of Regional Anesthesia and Pain Medicine.