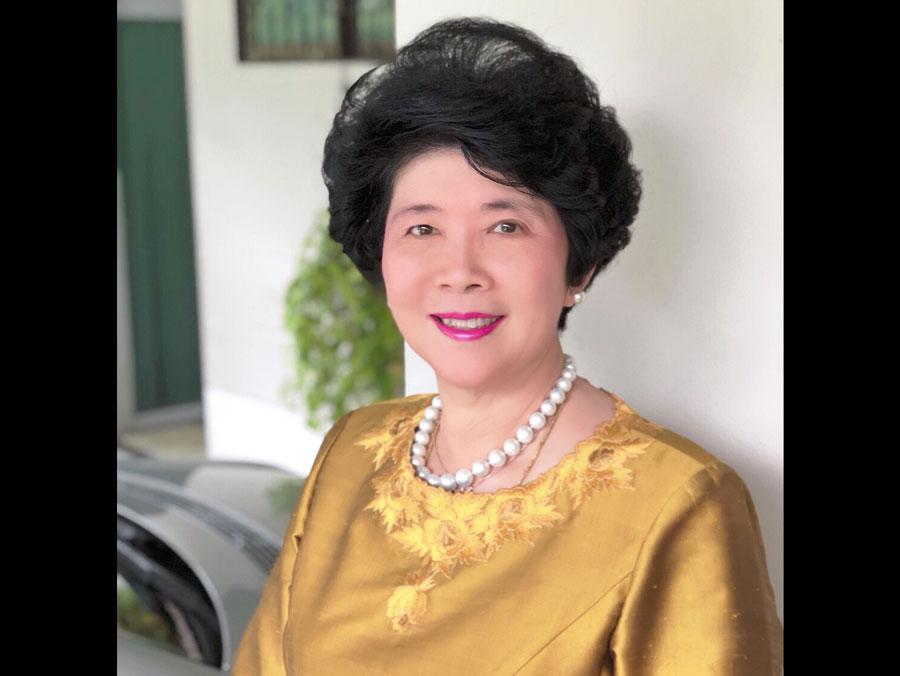 By Hunter Carter
University of Alabama at Birmingham School of Nursing alumna Wipada Kunaviktikul, PhD, RN, FAAN (PhD 1994), is working with Panyapiwat Institute of Management (PIM) in Thailand to establish a new school of nursing to help alleviate the shortage of nurses across Thailand.

Kunaviktikul has accepted the role of Assistant to the President of Health Science Academic Affairs and Interim Dean of School of Nursing at Thailand’s first and largest cooperate university, founded in 2007 under CP all Group. As assistant to the president, Kunaviktikul’s first endeavor is establishing the school of nursing. Later, she will work to establish schools of health science across Thailand, which Kunaviktikul said is greatly needed.

In 2020, the World Health Organization State of the World’s Nursing report included information regarding a global shortfall of 5.9 million nurses. The report showed that 89 percent of nurse shortages were concentrated in low- and lower-middle income countries, with huge gaps in the African, Southeast Asia and Eastern Mediterranean WHO regions. Kunaviktikul’s hopes the new schools will alleviate the shortage of nurses and health professionals by producing nurse leaders across Thailand not only now, but well into the future.

“In the digital technology and artificial intelligence era, leading educational institutes must be able to produce graduates with both clinical and technology skills, all while being able to navigate a transcultural society and maintaining high quality standards,” says Kunaviktikul. “Teaching, research and service provision must be elevated so that these health science educational institutions can also serve as centers of excellence in health and wellness in the future.”

Kunaviktikul is no stranger to building strong nursing schools from the ground up. Before accepting her new role, Kunaviktikul spent more than 40 years at the Chiang Mai University Faculty of Nursing as a faculty member and administrator focusing on developing new programs for both the Thai and International undergraduate and graduate programs. She also focused on increasing and building the school’s research program, disseminating findings through publications and providing community service for people in Thailand and internationally. Kunaviktikul spent the last 16 years as the Dean of Chiang Mai University Faculty of Nursing producing quality graduates who are now serving society and reducing the nursing shortage.

“I had not been retired from Chiang Mai University too long before accepting this new role, but the nursing and health professional shortage continues,” said Kunaviktikul. “I ultimately came out of retirement because I believe in PIM’s ability to produce graduates who meet the needs of changing era with competencies in critical thinking, leadership, language competency, innovation, entrepreneurship and care management with a service mind.”

Through her milestones and accolades, Kunaviktikul continues to credit the UAB School of Nursing for paving the way for her success.

“My experience at the UAB School of Nursing strengthened my teaching and learning, and everything I learned in nursing leadership and administration has been put to good use in my role as an administrator,” said Kunaviktikul. “I will always be grateful for the support that I received from both Dean Rachel Booth and President Scotty McCallum, who were always so supportive of me, my Thai colleagues while we were at UAB. I’m also thankful for Dean Doreen Harper and her faculty for their unwavering support, which has been key to my professional success.”

Since graduating from the UAB School of Nursing in 1994, Kunaviktikul has received many honors from the School for her outstanding leadership, innovation and dedication to the field of nursing. In 2010, she was named one of 60 Visionary Leaders in the School and in 2018, received the Distinguished Alumni Award which is the highest honor bestowed by the UAB School of Nursing, recognizing demonstrated leadership, innovation and entrepreneurship among graduates.

Last modified on November 05, 2021
Tagged under