Scholarship opens the door to nursing 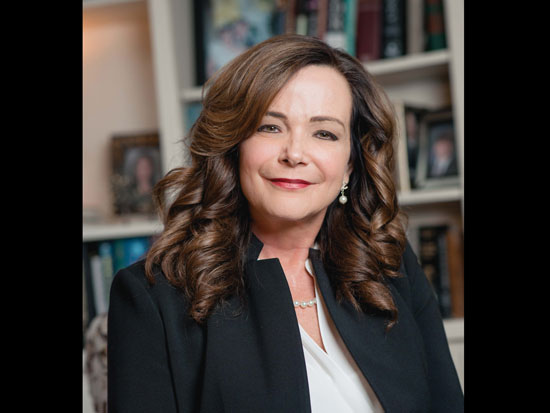 As a Master of Science in Nursing student at the UAB School of Nursing, Sandy Sublett, CRNP (MSN 2000), received a scholarship that changed her whole experience. Wanting to give current nursing students the same opportunity, she decided to establish the Sandy Sublett Endowed Nursing Scholarship.

"I was a young mother, and I received a scholarship to go to nursing school. Had I not received that scholarship, I would not be where I am today," said Sublett. "I want to give back and give students the same opportunity I had, and hope they can be just as, or even more, successful as I am."

Any student enrolled in the School of Nursing who demonstrates solid academic promise will have the opportunity to receive this scholarship, which Sublett hopes opens doors to a new generation of nurses.

Sublett planned to give back to the School of Nursing for a while, but ultimately was motivated by her daughter, Sommer Thompson, to look into establishing an endowed scholarship.

"Sommer is a development officer for the School of Optometry at UAB and was the driving force behind me creating the endowment," said Sublett. "I knew I wanted to give back, but just didn't know how to go about it. Luckily Sommer steered me in the right direction."

Sublett said that one of the many perks of being a donor is the annual Scholarship Luncheon hosted by the School. At this event, scholarship recipients and donors have the chance to meet each other and network.

"Being able to see who reaps the benefit of your donation is a very humbling experience, and I think having the event is one of the many amazing things the School of Nursing does," said Sublett.

Sublett was motivated to become a nurse after one of her daughters became ill and spent time in the ICU at Children's Hospital. As any mother would do, Sublett stuck by her daughter's side throughout the whole process.

Through her observation of the nurses, she started to pick up on what the nurses were doing and was able to start predicting what they would do next. Being able to recognize and connect these points in care led Sublett to notice her own talent for health care and wanting to take action, she decided to go to school for nursing.

After completing her undergraduate degree at Auburn University in Montgomery, Sublett had one of two options to choose from when looking to continue her education.

"Back then it was either Troy or UAB if you wanted to become a nurse practitioner and honestly, I had always wanted to be a UAB graduate because of all the high rankings and accolades the School had garnered," said Sublett "It all seemed to work in my favor because I was one of the first students to participate in telemedicine in the nursing school."

Sublett is currently the Nurse Practitioner/ Director of Operations at UAB Heart & Vascular Clinic in Alexander City, Ala., where she has been since 2015.