Get to know Five Points South, one of Birmingham’s most historic neighborhoods

For more than 100 years, the Five Points South neighborhood of Birmingham has provided a space for cultural and commercial growth in-between downtown and the base of Red Mountain, Vulcan’s home. Formed by the five-way intersection of 20th Street South with Magnolia and 11th avenues and resulting in a central star formation, Five Points South and its surrounding residential neighborhood became an especially convenient option for employees and students to live as UAB’s campus expanded southward.

Five Points South is now home to world-class restaurants such as Highlands Bar and Grill, named Best Restaurant in America by the James Beard Foundation in 2018, as well as local favorites such as Charlemagne Records and Dave’s Pub, making it one of the city’s favorite entertainment and nightlife districts.

Many of Five Points South’s buildings have seen the city change from an iron- and steel-industry standout into the home of a world-class academic medical center with more than 22,000 students — some sitting in the same place for nearly 100 years, if not more.

Click through the vintage photos below to learn the history of five of Five Points South’s oldest buildings — and what they’re home to today.

Perhaps Five Points South’s most recognizable building, Highlands United Methodist Church, formerly known as Five Points Methodist Episcopal Church, South and Highlands Methodist Church, was built in the early 1900s and is shown on the left between 1909 and 1921. Construction began in April 1907 and the first service in the ornate new sanctuary was celebrated March 14, 1909. The educational building was added in 1924.

On the southeast corner of Five Points South, to the left of the Highlands United Methodist Church, sit the Spanish Stores, a small row of commercial spaces built in 1926 by the children of R.S. Munger. The buildings, which are stucco and with roofs in a Spanish Revival style similar to the latest trends in Hollywood, were featured in a 1929 issue of “Southern Architecture and Building News.”

The Spanish Stores were expanded in 1930, a space now partially occupied by Highlands Bar and Grill, owned by renowned chef Frank Stitt, which opened there in 1982; the photo on the left shows the Spanish Stores in the 1980s. Next door to Highlands is Chez Fonfon, a French bistro also owned and operated by Stitt. Historical soul food joint The Preservery opened up in one of the corner spaces this past summer.

Across 20th Street South from the Spanish Stores sits another Munger-built property, aptly named the Munger Building. The row of storefronts takes up the entire corner, forming shallow triangle shape, and was designed in an Art-Deco style with chevrons, rosettes and floral motifs in relief by the same architects who built the Spanish Stores. The left photo shows the building in 1928.

The Munger Building now hosts some of Five Points South’s favorite staples: the Original Pancake House occupies the largest space on the corner, as well as local coffeehouse Filter Coffee Parlor and retailers Alchemy 213 and iiis an optical shop.

Down the block from the Munger Building and the Five Points star sits the Terrace Court apartment building, which was opened in 1907, making it 110 years old. It originally housed more than 20 large apartments and was built in Beaux Arts style with gold-toned pressed brick and terra cotta trim. The left photo shows the building at just one year old in 1908.

The property has been bought, renovated and sold over the decades, with many developers seeking to restore some of its more historic aspects. The bottom left retail space is occupied by Five Points South mainstay Dave’s Pub, while the space above Dave’s was once home to Chaffin Carousel Carving School, run by sculptor Ira Chaffin, who completed the Charles A. McCallum and S. Richardson Hill sculptures on UAB’s campus. The apartments in the building were recently renovated into loft-style units.

The Medical Arts Building, also known as the Medical Arts Tower, is an eight-story building that sits just off the Five Points star intersection on the eastern side of 20th Street South. It was developed by a secret society of Freemasons called the Kamram Grotto in 1931 as medical offices and is shown on a 1930s postcard on the left.

The first floor was originally occupied by an apothecary, continuing the medical concept, and the building’s elevator doors are adorned with the Rod of Asclepius, the traditional symbol associated with healing and medicine.

In the late 1980s, the office building was renovated into the Pickwick Hotel, named for the longtime entertainment and dance hall, the Pickwick Club, which was also located in Five Points South before it burned in the 1950s. The hotel was part of a larger event and retail space called the Pickwick Plaza, made up of a tile plaza that connected the hotel to a parking deck and contained several meeting rooms and shops

The Pickwick Hotel was renamed the Hotel Highland in 2007 rebranded in 2017 as the Hotel Indigo.

Use the Google Map to see these Five Points buildings for yourself. 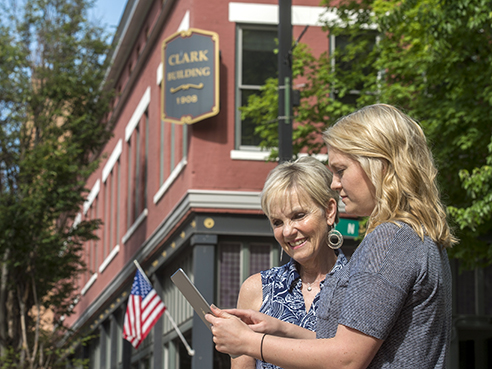 The city’s early but lesser-known role in the growth of the communist party in the Southeast may have made the civil rights movement here inevitable, says the Department of History’s Pam Sterne King, whose HY 481 course researched the history of communism in Birmingham. 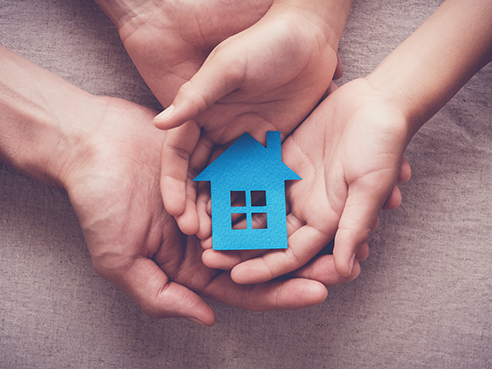 On this sprawling urban campus, employees and students need to understand homelessness and learn to interact with homeless individuals in ways that are safe and respectful for both.