As students begin arriving on campus for the fall semester, UAB Transportation recommends traveling an alternate route to work Aug. 19-23, when the highest number of students will be moving in to on-campus housing.

From 7 a.m.-9 p.m. Aug. 19-23, students will move in to Camp, Blazer and Gold halls; this year’s move-in is structured around social-distancing guidelines. Because of construction around the affected residence halls, commuters can expect congestion and traffic-flow changes, including temporary one-way streets. Move-in traffic will approach west campus from Interstate 65 and surrounding side streets will be monitored by UAB Police to prevent traffic from entering the move-in line from alternate locations.

Additionally, a number of roads are fully or partially closed due to campus construction:

Blazer Express routes will not change during move-in days, Atkinson says. Monitor Blazer Express bus locations in real time on the Doublemap Bus Tracker app, available for iOS and Android, or a doublemap.uab.edu.

Visit uab.edu/facilities for updates on construction and road closures. 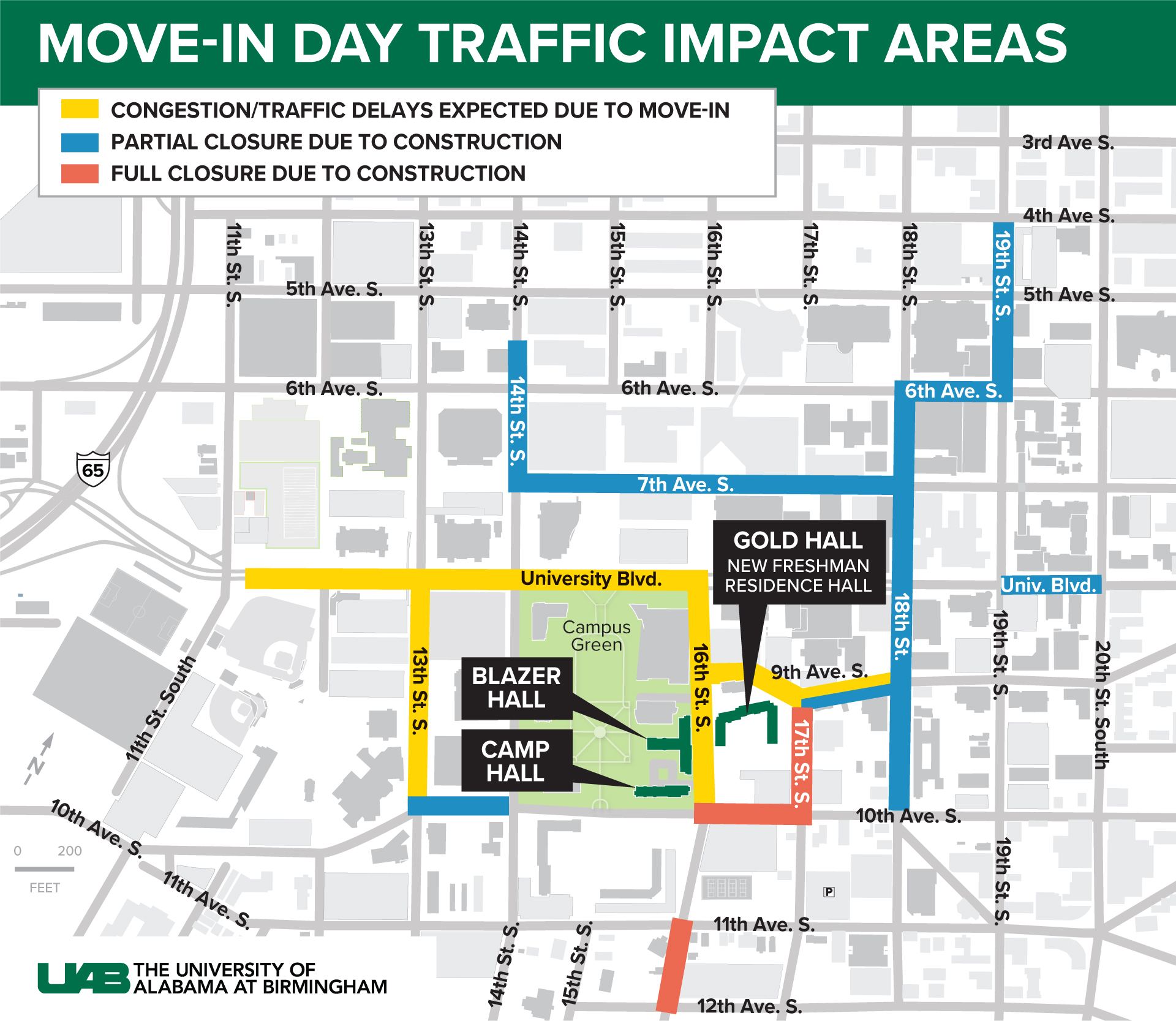