A $60 kit could help Stop the Bleed, save a life

The places change, and the death tolls do, too — three at a marathon, eight on a New York City street, 26 at an elementary school, 27 in a church, 49 in a nightclub, 58 at a country music festival.

These attacks leave many people critically wounded and in need of immediate care, with every second crucial to the injured, trauma surgeon Jeff Kerby, M.D., Ph.D. told UAB News. In fact, Kerby says some of the deaths could have been prevented with the right trauma kits to help survivors stop the bleeding.

“In events such as the shootings at the Pulse nightclub, in San Bernardino or Sandy Hook, we know that, in some cases, shooting victims bled out and died before first responders could arrive to perform emergency medical treatment,” said Kerby, who also directs the School of Medicine Division of Acute Care Surgery. “With shooting scenes on lockdown and shooters still on the loose or unaccounted for, there is all too often a delay in emergency personnel’s reaching the injured.”

That’s where Stop the Bleed can make a difference in survival rates. UAB joined the campaign in 2017, which is organized by the American College of Surgeons and Hartford Consensus to teach people to control a victim’s blood loss after an incident such as a shooting, explosion or car crash and improve the victim’s chance of survival until medical professionals arrive. The campaign is modeled after the successful efforts to place AEDs — automated external defibrillators — in public places.

The centerpiece of Stop the Bleed are its on-site trauma kits, which cost about $60 each and come with a web and a hook-and-loop tape tourniquet with a windlass for tightening, along with gauze to pack a wound, gloves and basic instructions on bleeding control. Users should use the gauze to apply pressure and/or pack the victim’s wound and the tourniquet to restrict excessive blood flow. 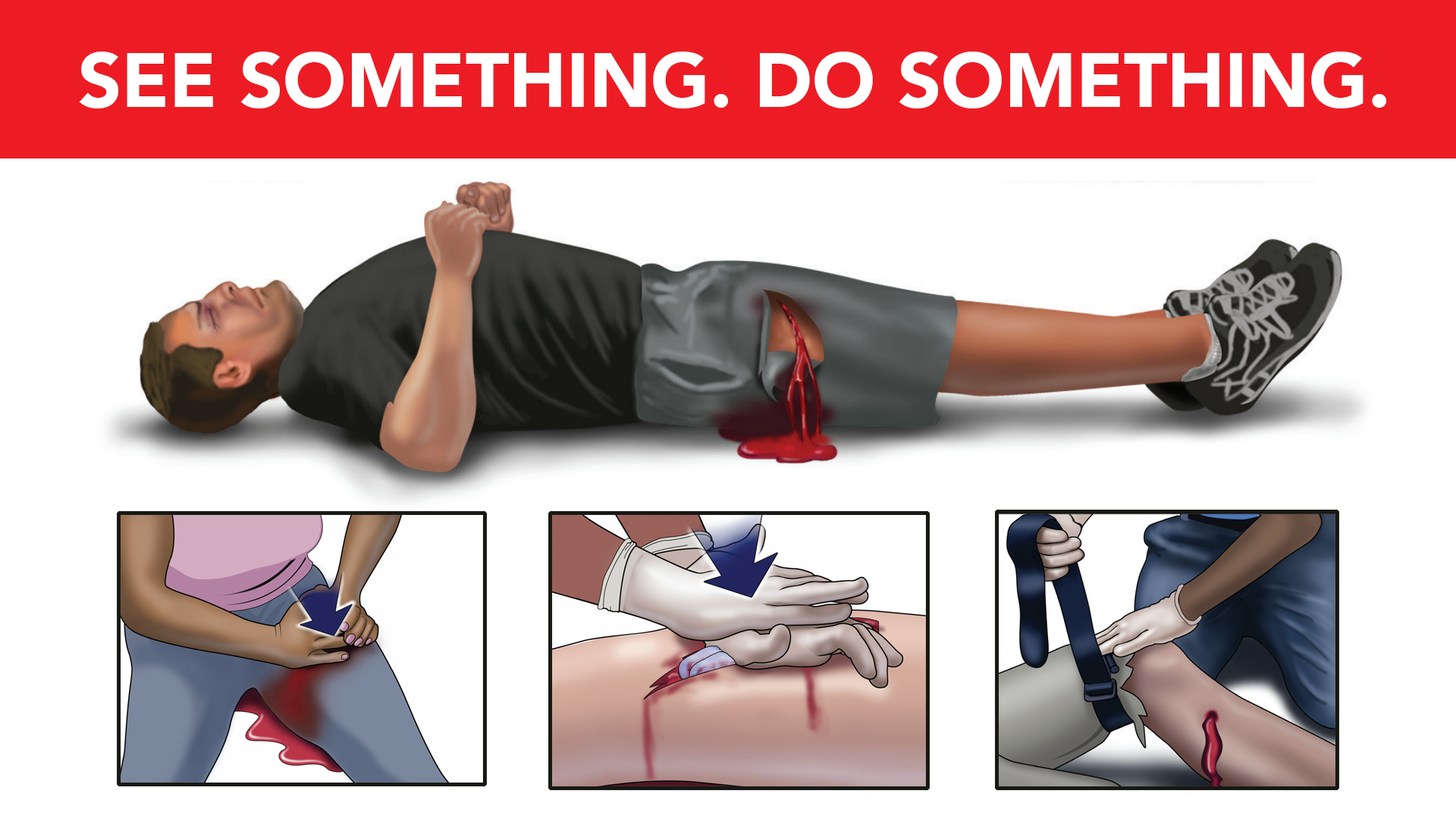 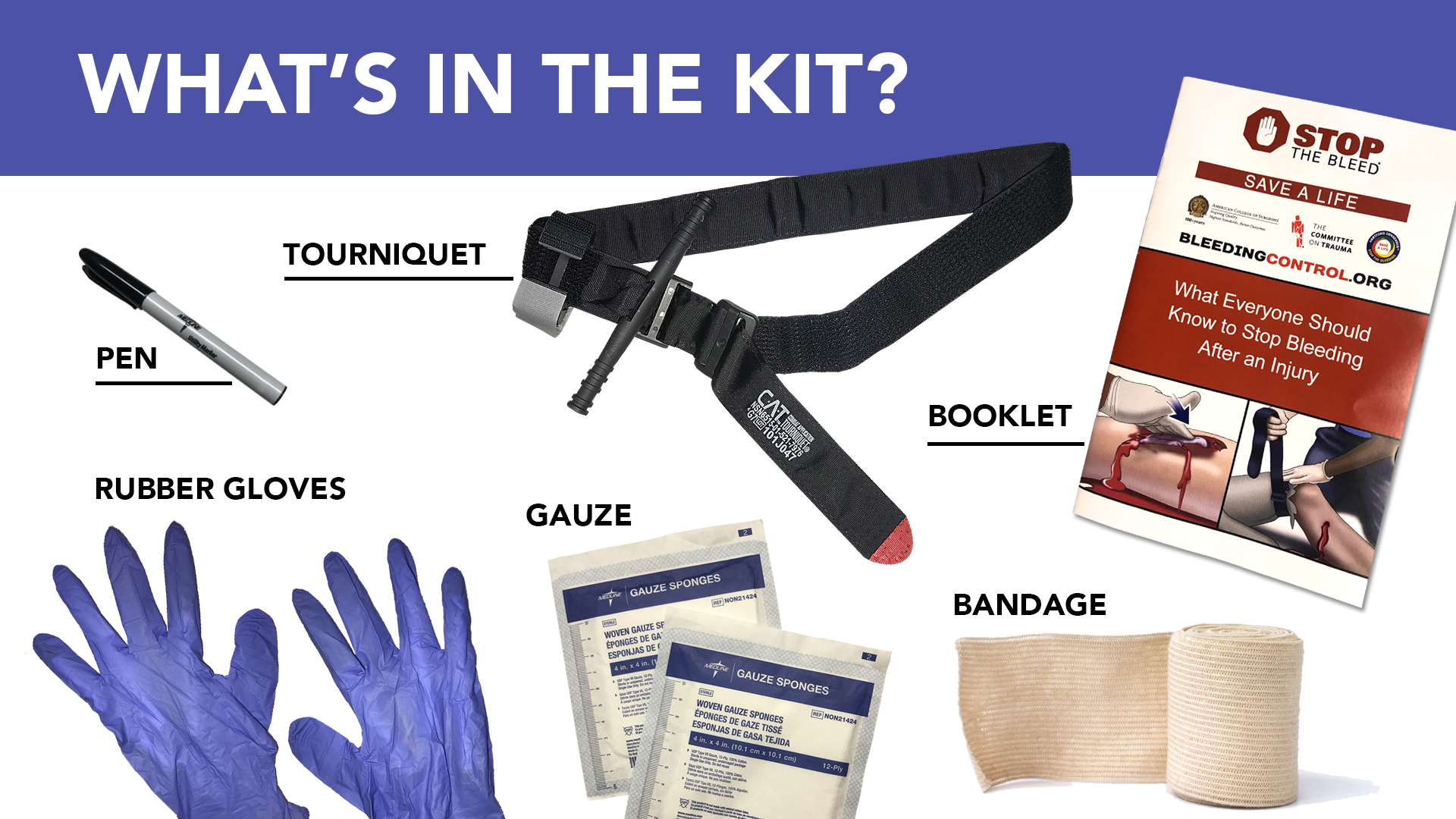 More than a million people across the nation have been trained through the Stop the Bleed campaign, including many in the Birmingham community. Acute Surgery hosted training sessions earlier this year, and in 2017, the team visited Homewood High School to teach students bleeding-control techniques in the event of a mass shooting.

“Ideally, we’d like to see Stop the Bleed kits in courthouses, schools, theaters, stadiums and other public places just as we are now accustomed to seeing AEDs,” Kerby said. “And we need to provide training to the general public in the use of bleeding-control techniques.”

To continue training, the division needs more donated kits. Email Jessica Towns at jtowns7@uab.edu for more information, or give to the Department of Surgery online; write “Stop the Bleed” in the Other box. Learn more about purchasing kits to keep in your unit at stopthebleed.org. Familiarize yourself with bleeding-control techniques by watching this demonstration for using a Stop the Bleed kit from Kerby and Acute Surgery Assistant Professor Virginia Strickland, M.D.