UAB places a premium on priorities in its strategic planning 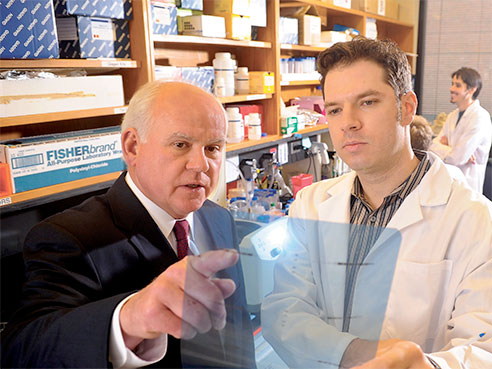 UAB President Ray Watts’ belief in the power of priorities has fueled the most comprehensive strategic planning process in the history of the institution since he took office in February 2013.

Watts was a key player in the creation of AMC21, the UAB Health System and School of Medicine strategic plan implemented in 2010 that has advanced the UAB Medicine mission, and he has worked closely on Blueprint Birmingham, the strategic plan of the Birmingham Business Alliance that is fueling the city’s renaissance and in which UAB plays a vital role.

“A good strategic plan keeps your eye on the ball and motivates you to break barriers; it accelerates the rate at which we achieve successes,” Watts said. “I have seen it time and again, and now is a perfect time for us to be in the strategic planning process.”

UAB has experienced unprecedented growth in recent years and intends to continue aggressive investment in its programs, people and the community, and Watts says direction in the form of a campuswide strategic plan is imperative.

“UAB is experiencing great positive momentum, and we are working hard to strengthen our position as one of the nation’s most productive and dynamic universities,” Watts said. “We will capitalize on our many opportunities by engaging internal and external stakeholders and partners and thoughtfully aligning our resources with a robust strategic plan.”

The plan will draw on UAB’s many diverse strengths and invest in areas of excellence that best support UAB’s mission:

During the past year, leaders from across campus began what will be a dynamic, ongoing process that already has produced strategic plans in each of the 10 schools and the College of Arts and Sciences. Each has been presented to the executive cabinet and Council of Deans, and accountability measures including biannual progress reports enable deans regular opportunities to share updates and solicit feedback. Strategic planning now is underway in additional units including UAB Athletics, Honors College, Information Technology and Research Administration.

“Established institutional priorities, as well as those of individual schools, departments and service lines, will allow us to confidently invest most heavily in the programs and people that will best advance our mission — where the most impactful achievements and benefits will be realized for the greater good,” Watts said. “We have a responsibility to our students, faculty and staff, the city and state and global health and wellness.”

Watts recently joined Birmingham Mayor William Bell, regional economic development partners and former UAB students and residents at an alumni event in New York City to talk about priorities of the strategic plan and the Campaign for UAB and other exciting things happening in Birmingham. A leader in education, health care, research and Alabama’s largest single-site employer, with an annual economic impact exceeding $5 billion — one of every 33 jobs in the state is supported by UAB — UAB has an expansive influence. 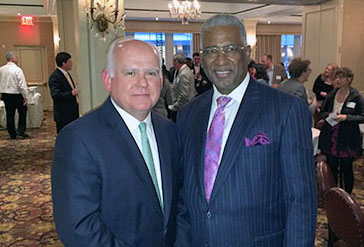 President Watts recently joined Birmingham Mayor William Bell, regional economic development partners, and former UAB students and residents at an alumni event in New York City to talk about priorities of the the strategic plan and the Campaign for UAB, as well as other exciting things happening in Birmingham. In spite of the Great Recession and Jefferson County’s relatively brief bankruptcy, Birmingham has entered into a renaissance fueled in large part by the institution’s continued growth. Columns on AL.com have asked what Birmingham would look like without UAB, and Children’s of Alabama CEO Mike Warren recently called UAB the biggest and best hope for Birmingham.

“We understand what is at stake when we come to work every day, and we must continue to grow to achieve our ever-increasing mission,” Watts said. “Reduced federal and state funding makes it more important than ever that we take a close look at our operations, set priorities and make tough decisions to aggressively align our resources in the areas where we are suited to make the most difference. We can’t be everything to all people, but we are going to be great in our areas of emphasis.”

At an institution with more than 23,000 employees and nearly 19,000 students, many priorities and opinions compete for limited resources. Watts says he expects leaders across campus to make sacrifices and tough decisions in the coming months and years to properly support areas of greatest potential impact.

“We must align our efforts vigorously so we can reduce expenses and invest those savings in our mission and priorities,” Watts said.

The priorities of the strategic plan also give a targeted purpose to The Campaign for UAB: Give Something, Change Everything, UAB’s fundraising campaign that launched publicly in October 2013 with a $1 billion goal. With sequestration, reduced governmental funding and other challenges, the campaign and strategic planning process are well timed.

“Our alumni, patients and their families, and community supporters, as well as the business community and foundations in Birmingham and Alabama, have been very supportive,” Watts said. “As we ask for financial support, we can confidently promise to make the most out of every donation because priorities give us purpose in how we deploy our own resources and the investments of our supporters.”

A strategic plan, Watts says, requires great architects who recognize the intelligence, experience and passion of the collective, and who understand and properly leverage a pool of talent and resources from across an organization.

“Leadership is critical to any collaborative planning effort, and we have great leaders right now,” Watts said. “These are women and men who understand that UAB’s greatest asset is our people, and that we will accomplish wonderful things if we work together and don’t worry about who gets credit.”

Joint efforts among the College of Arts and Sciences and schools of Business, Engineering and Medicine are underway. A planned research crescent that would provide space for multidisciplinary work represents a $150 million investment over five to eight years, and the planned growth for faculty in UAB’s research mission will have a tremendous economic impact for Birmingham.

“The research crescent will enable us to recruit at least 10 additional funded scientists and physicians per year over the next eight years,” Watts said.

These 80 hires will result in an estimated $48 million in additional National Institutes of Health funding, 480 to 550 support jobs and an economic impact exceeding $100 million in the Birmingham area.

Strengthening existing partnerships and forging new ones is another priority of the strategic plan that is already bearing fruit. The Alabama Drug Discovery Alliance is allowing UAB and Southern Research Institute to accelerate efforts to fight diseases like Alzheimer’s, Parkinson’s, cancer, diabetes and kidney disease, and the ADDA paved the way for a recent $35 million National Institutes of Health grant to form the Antiviral Drug Discovery and Development Center.

“Through the ADDA, we have approximately 15 new disease-changing therapies in the pipeline, and we’re pushing hard on those to bring them as new treatments as rapidly as possible,” Watts said.

The university also has expanded strategic priorities off campus, supporting the city in the development of the Parkside District, and UAB’s long-term master plan calls for expanding the campus footprint northward toward Regions Field in an effort to connect the vibrant parts of the city into a continuous footprint of energy, growth and economic development.

“Right now opportunities abound, but we are sure to encounter challenges along the way,” Watts said. “Tough decisions for the greater good will have to be made; but we will remain disciplined and stay true to the process, thoughtfully consider the short- and long-term effects of our actions and make prudent decisions necessary for UAB to remain one of the nation’s most productive and dynamic universities.”