The original Blazer, a 1969 Chevrolet K5 Blazer, has officially rolled onto campus.

Debuted Sept. 21 in Blazer Village at UAB vs. South Alabama, the vintage automobile will live at UAB and make appearances at athletic and institutional events around the campus and Birmingham.

Curious how accurately the Chevy Blazer represents UAB? Read below to discover just how much the two have in common.

It shares a birthday with UAB.

General Motors rolled out the K5 Blazer to the Chevy line for the 1969 model year — the same year UAB became an autonomous campus.

It has UAB pride.

“When we learned that Chevy’s Blazer model was also celebrating 50 years in 2019 and an original green and white one was available, we started to think of all the possibilities,” said Allen Bolton, senior vice president for Finance and Administration. “Through the UAB Education Foundation, we were able to make this investment in new and existing traditions of which the Blazer will be part.”

When GM introduced the Blazer in 1969, similar options such as the International Harvester Scout and the Ford Bronco were already on the market, aiming to compete with the short-bodied Jeep CJ series. To compete, the Blazer included increased interior space and reduced production costs by creating a set of common design, engineering and production efforts and major components that could be used across a number of GM vehicles. Plus, it offered luxury amenities such as air conditioning and an automatic transmission right from the start. Read through an original vehicle information kit for the 1969 Blazer.

Much like the Blazer, UAB is no stranger to innovation. In 1977, the world’s first effective treatment for a viral disease, the deadly herpes simplex encephalitis, occurred at University Hospital. And more recently, artificial intelligence agent mediKanren, created by a team of researchers at UAB’s Hugh Kaul Precision Medicine Institute, helped institute director Matt Might, Ph.D., search through every paper every published in medical literature find a solution for a patient’s year-long vomiting mystery — in just 2.127 seconds.

From encouraging faculty to pursue novel instructional practices and educational delivery options to working to create a campus environment and opportunities that facilitate innovative opportunities for collaboration, research, scholarship and patient care, UAB’s continued dedication to innovation is outlined in its strategic plan, Forging the Future. 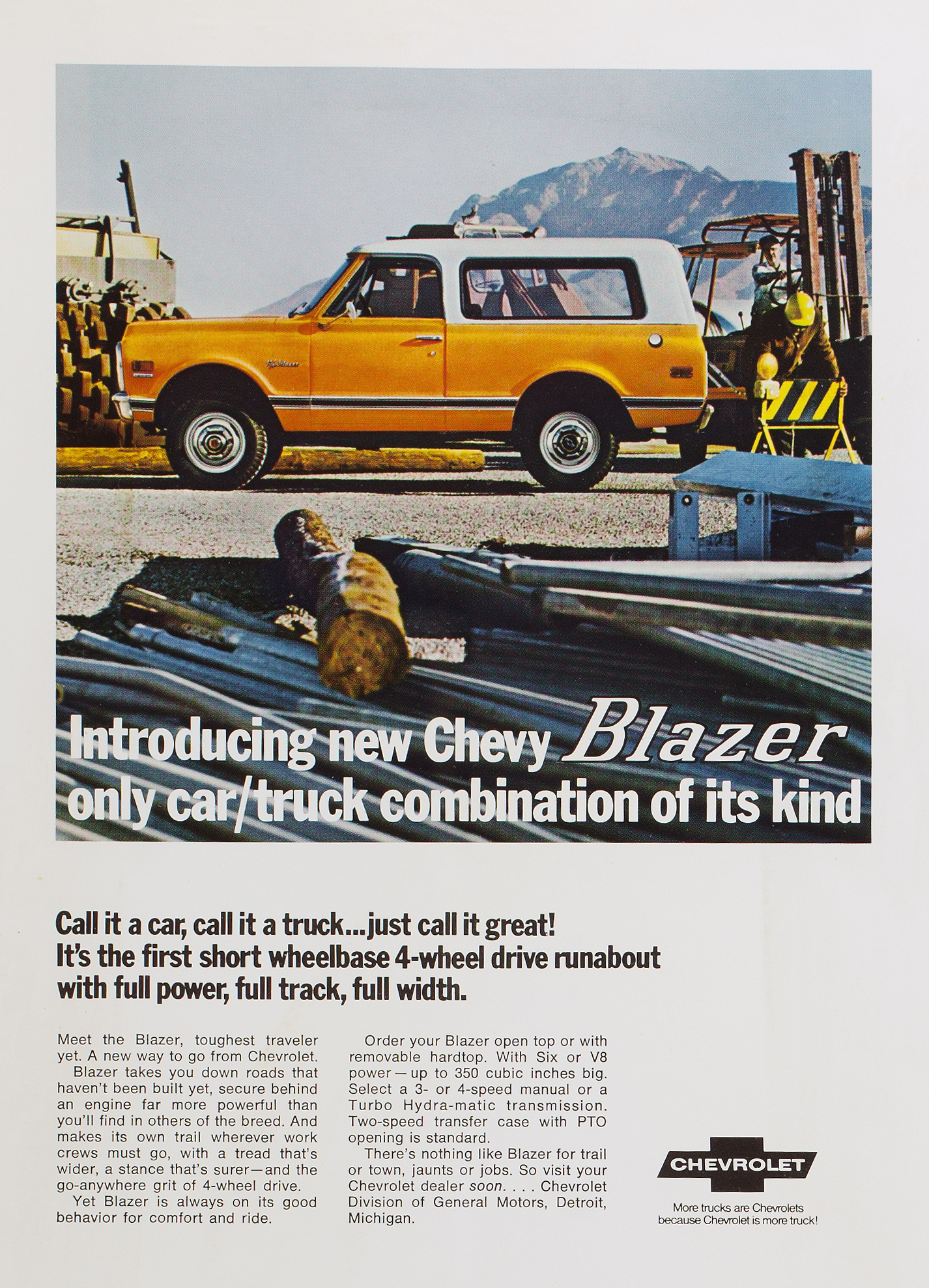 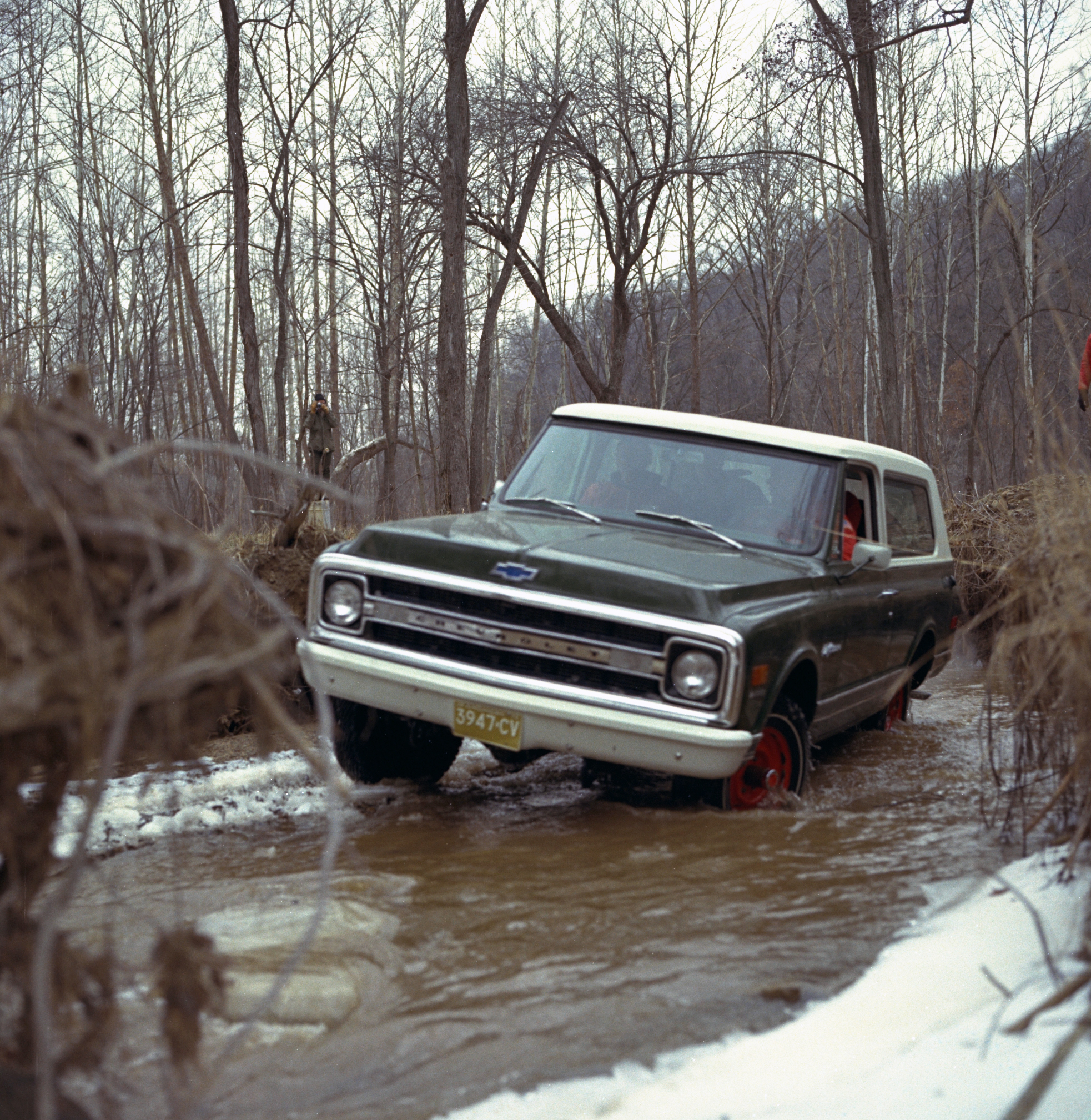 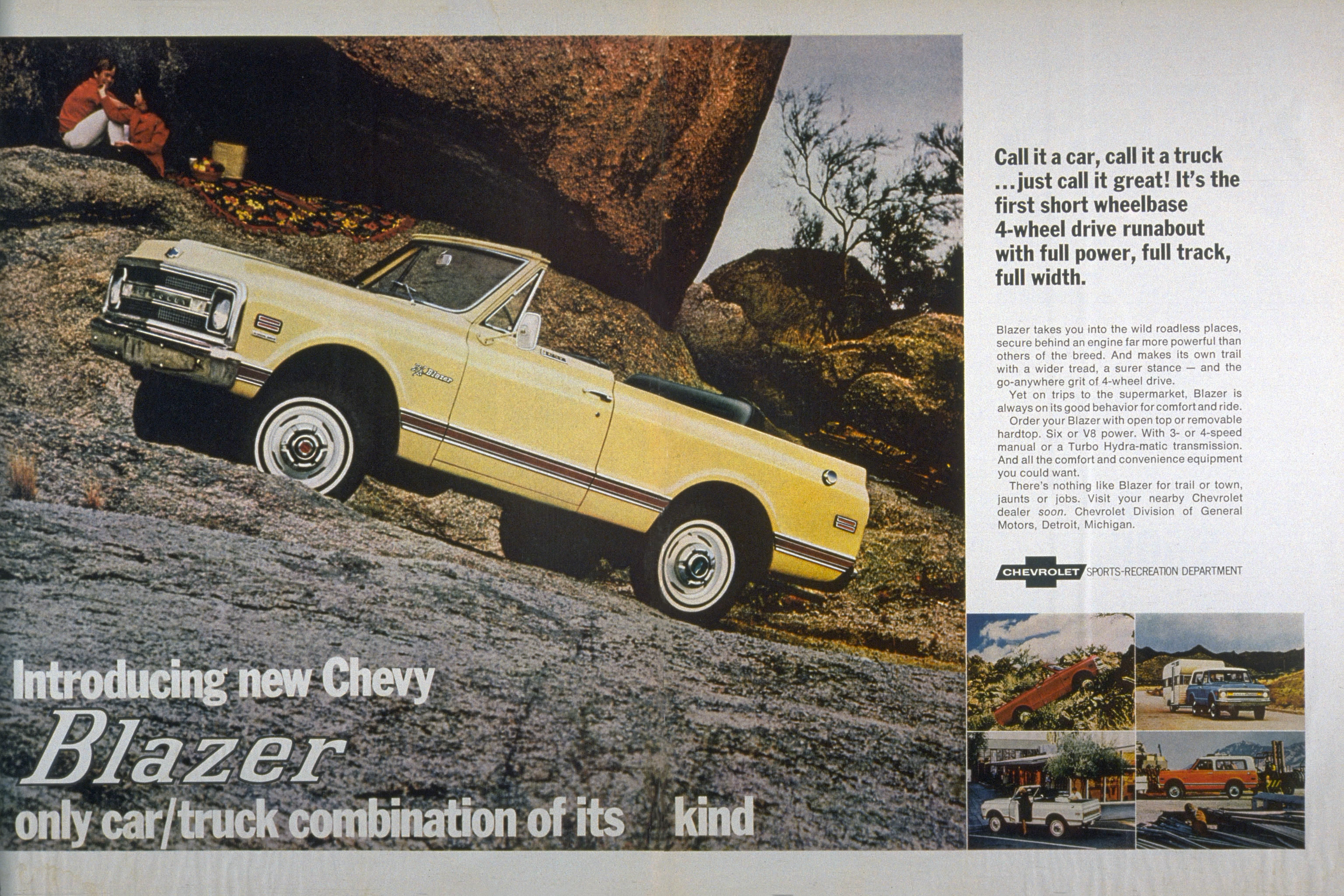 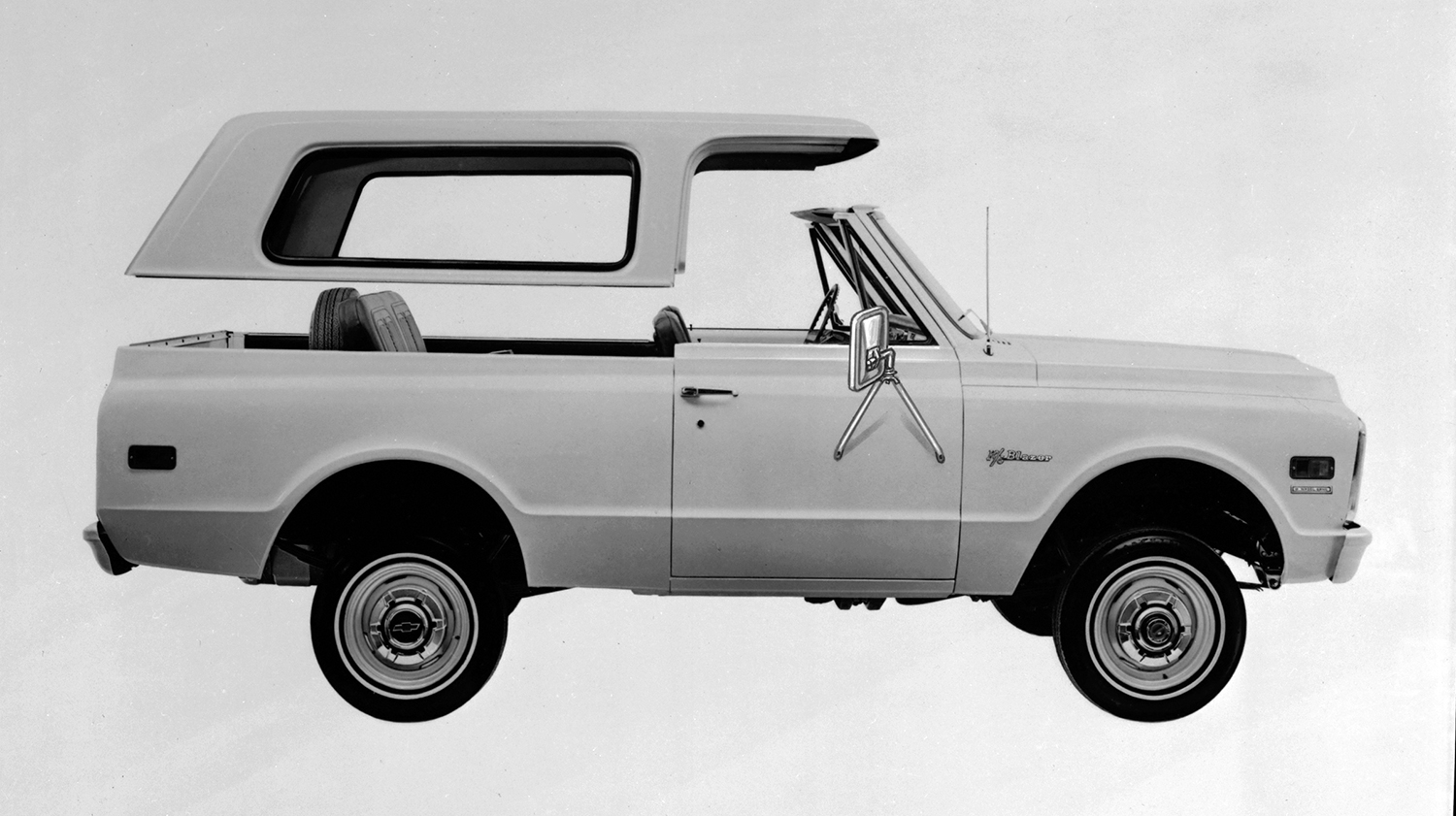 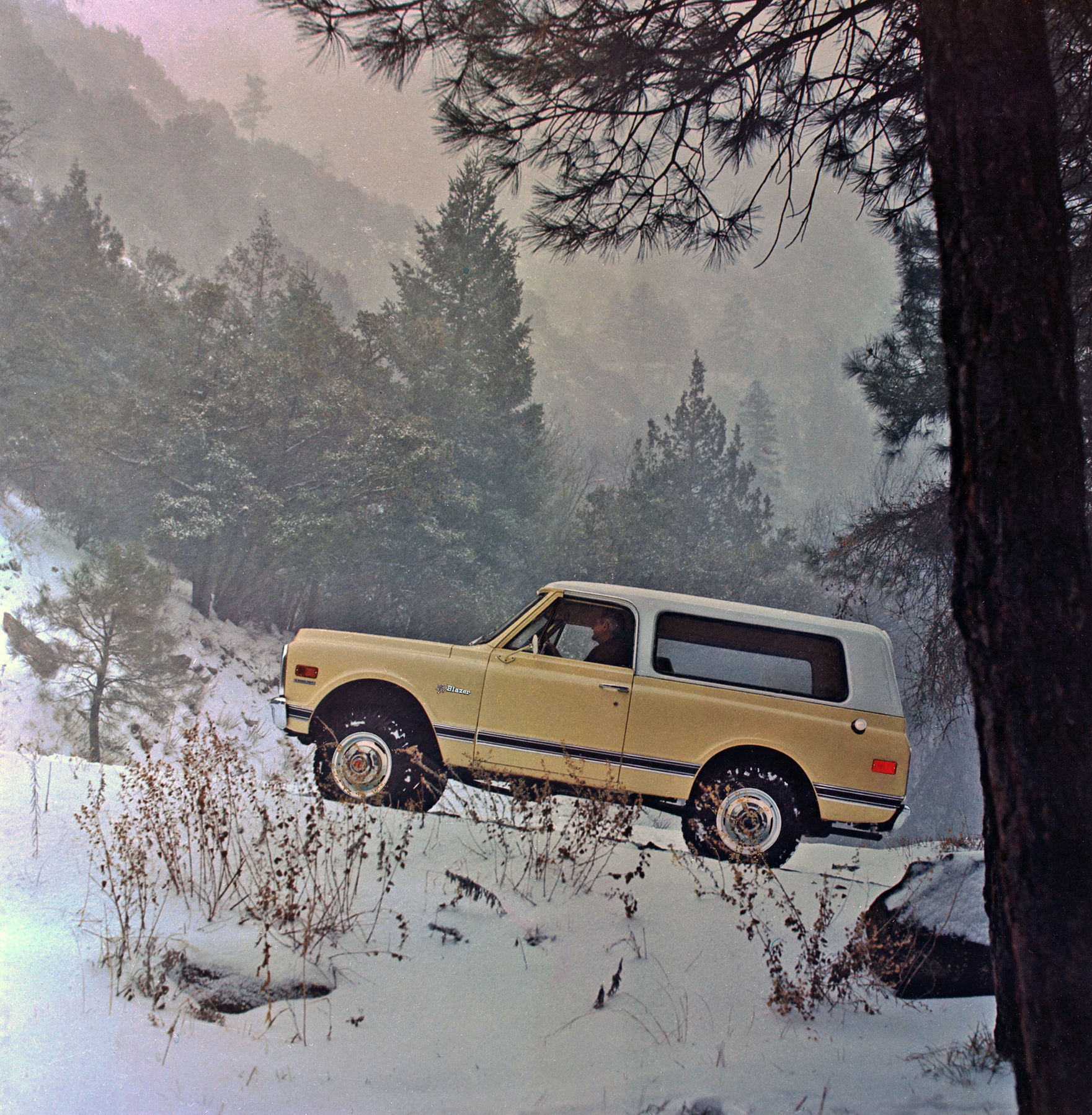 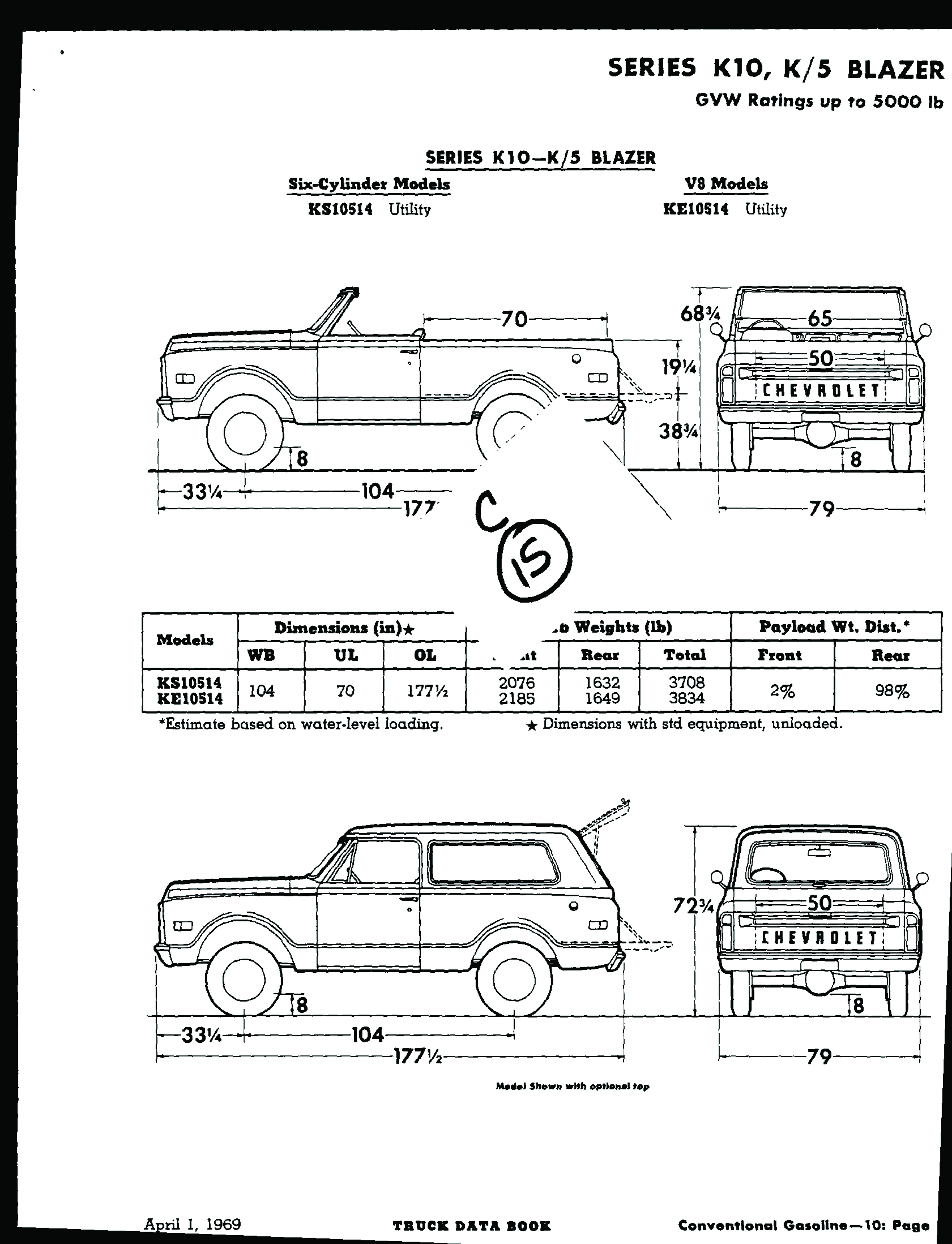 It quickly established itself as a leader in its field.

By 1970, just one year after the Chevy Blazer was introduced, it was already outselling the Scout and Bronco, and manufacturers such as Dodge and Jeep started selling shortened pickups Ramcharger and Cherokee, respectively. Within three years, Blazer sales had increased tenfold.

In its five decades, UAB has proven itself a leader. Just this year, UAB was ranked the No. 1 young university in the United States for the second year in a row — and No. 12 worldwide — in the Times Higher Education 2019 Young University Rankings and was named the best college in the state for LGBTQ students according to BestColleges and Campus Pride. UAB also earned nearly $300 million in research funding from the National Institutes of Health, making it 23rd on the list of universities receiving funding.

As outlined in Forging the Future, UAB is committed to engaging with the community — and the Blazer encourages that. Local dealership Edwards Chevrolet will maintain the 1969 Blazer at no cost at their downtown location, situated at Third Street North and 14th Avenue; the Edwards are longtime UAB supporters.

“We’ve always been thankful for the Edwards’ support of the UAB mission, and we’re excited to partner with their business on the upkeep of our 1969 Chevy Blazer,” said Vice President for Advancement Tom Brannan. “With Edward Chevrolet’s help, we hope to keep this UAB Blazer running for another 50 years and beyond.”

Meet the original Blazer this fall.

Be on the lookout for the Chevy Blazer at events like Pack the Cruiser Sept. 25, UAB Football games, the Gurney Derby and Fight Song Competition Oct. 16, the Homecoming Parade Oct. 18 and more.

To book the Blazer for an event, email Steve Murray, executive director for operations, at murrays@uab.edu.