To serve when called 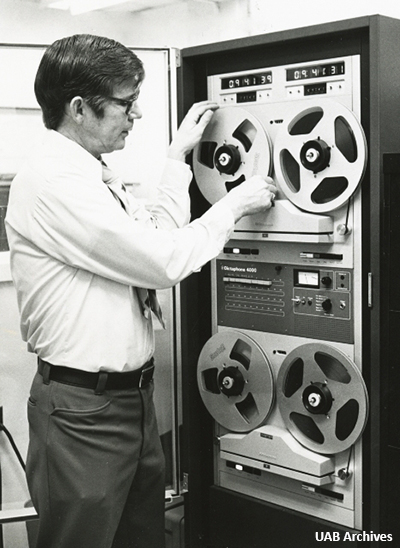 Lt. Leo Woods operated the UAB Police tape machine, a Dictaphone 4000 that recorded all telephone and radio calls, in April 1978.

The UAB Police Department, which is fully accredited, was formally organized in 1972. It occupied a building at 910 15th Street South until 1992, when the department was moved to a newly acquired building at 1117 14th Street South.

Now in its 46th year, UAB Police is preparing to open a new headquarters — a two-story, 28,000-square-foot facility located on adjacent property on the 1100 block of 14th Street South.

The new facility will have communication offices and a 24-hour, seven-day-a-week emergency call center on the ground floor when it is completed this year. It also will include a lobby area for public information and interaction with UAB police, a records storage area, evidence-processing and evidence-storage areas, offices and a roll-call area for patrol officers, a breakroom, locker rooms with showers and a weight room.