This field is a forever diamond 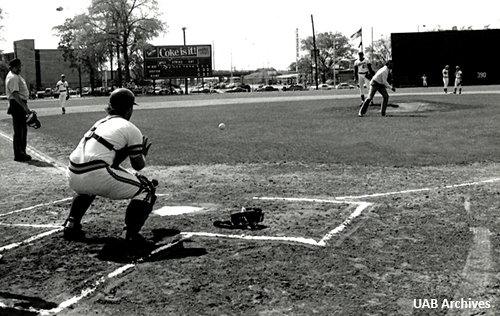 Young Field, which has 1,000 seats, was UAB’s first campus home for baseball. It had been in use for a little more than a year before formally being renamed to honor the founding dean of the School of Business, who was vice president for finance when he died in 1983.

The field was constructed on Birmingham’s Mortimer Jordan Park — originally known as Behren’s Park — a public park created by Henry Behren on land he purchased from the Elyton Land Company in 1876. According to the publication Alabama Pioneers, the park, since its creation, has always had a baseball diamond.

In 1924, the park was dedicated in memory of the World War I hero Mortimer Jordan, a Birmingham native and wartime physician.

Check the UAB Reporter the first and third Monday of each month for a unique photo from the UAB Archives.