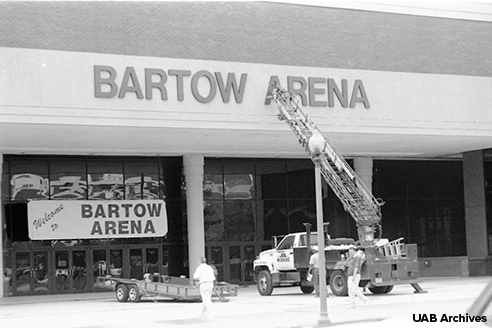 Twenty-two years ago on Jan. 25, 1997, UAB’s arena was formally rededicated as Gene Bartow Arena in honor of the university’s founding athletic director — a position in which he served for 18 years before retiring in 1996. He began as UAB Men’s Basketball coach, leading the team to the National Invitation Tournament in 1980, when the program was just two years old. He followed that with seven straight NCAA Tournament appearances.