Six selfish reasons, including $1,500, why you should complete your Census today 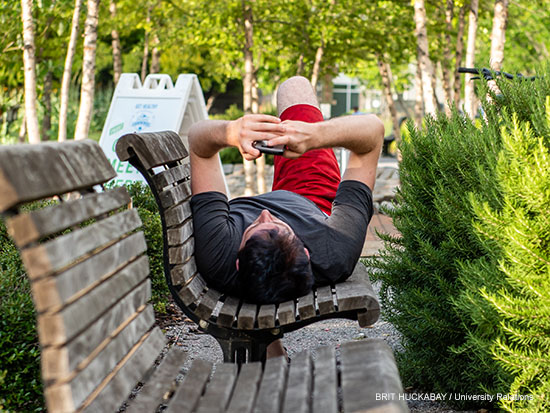 Census time can be me time — 10 glorious minutes to improve your life for the next decade.You have probably heard that the Census deadline is approaching, and that Alabama is currently last in the nation in Census response.

If you do not complete the Census by Sept. 30, you will not be counted.

Maybe you don’t have much time. Maybe altruism is not your thing. Or you are concerned about giving personal information to a government that you may not consider trustworthy. (Those last two were cited as obstacles in a report conducted by the U.S. Census Bureau before America’s official count began.)

What do they want to know? To complete the Census, you just have to click this link (it works just fine on your smartphone or any internet-connected device), enter your address, and answer these questions:

The U.S. Census Bureau is bound by law to keep all answers confidential and each Census employee takes an oath to protect personal information for life. There is no question on the Census asking about citizenship.


But what’s in it for you? Here are six ways that investing 10 minutes right now in filling out your Census will benefit Number One.

According to a study from George Washington University, every person who completes the Census in Alabama is worth more than $1,500 in federal funding to the state (this is not a linear relationship, of course, but it gives you a clear idea of the money involved). This money is not just transfers to Montgomery for Medicaid, foster care, SNAP, Head Start, Section 8 housing vouchers and other programs, but allocations to cities for their programs and assistance to veterans, farmers, rural residents and other groups. Filling out the Census increases Alabama’s opportunity to receive more of this funding (and decreases the odds of losing existing allocations).


2. Completing the Census amplifies your voice in Washington — and in Montgomery

The Census is the constitutionally mandated mechanism that determines how many seats each state has in the House of Representatives. Alabama’s low response rate threatens Alabamians with a loss of proportional influence in how the U.S. government spends money and passes laws.

But the Census also affects state-level representation, as it is used to draw state legislative districts. By completing your Census, you help increase the influence of your elected representative in Montgomery. And in America, many important decisions happen at the state level, rather than the national level.

Cities and counties use the latest Census data to create 911 emergency system maps and decide where to allocate police, fire and other public safety resources. Filling out the Census increases the likelihood of a faster response the next time you have an emergency.


4. Completing the Census increases your choice of shopping and other venues

Businesses look to Census counts to decide where to place new locations or to construct new malls and other retail centers. Filling out the Census increases the odds of getting a new restaurant, grocery store or other outlet near you.

Cities and counties use the latest Census data to determine where to build new schools and how to fund existing schools. Filling out the Census means a better education for children you know and increases the chances of raises for teachers and other school staff.


6. Completing the Census can speed up your commute

The federal government uses Census data in determining road construction allocations (Alabama received more than $797 million for highway planning and construction in 2016, for example), as do states, counties and cities. Wherever you live, you probably know at least one roadway that could use expansion or repair. Filling out the Census increases the chances of that construction taking place.

Learn more about how the Census will affect Alabama in this story from UAB News.