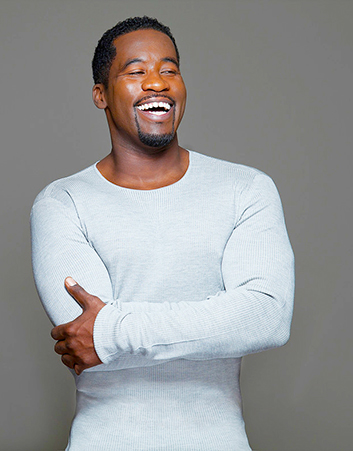 Beaty’s "Emergency" is a stirring commentary on what it is to be human and the longing to be free. Get a glimpse of the performance.Writer and performing artist Daniel Beaty is the 2017 Ireland Distinguished Visiting Scholar, an honor given annually to an intellectual outside UAB’s academic community whose work is groundbreaking and transformational in his or her field.

Beaty, who has appeared in theatrical productions, operas and television programs worldwide, has received praise and awards for his work in theater, for both writing and acting. He earned a bachelor of arts degree with honors in English and music from Yale University and a master of fine arts degree in acting from the American Conservatory Theatre in San Francisco.

While here, Beaty will speak and also perform his critically acclaimed, off-Broadway solo play, “Emergency,” 4 p.m. March 10 in UAB’s Alys Stephens Performing Arts Center. A reception will be held after the event, which is free and open to the public.

Beaty portrays more than 40 characters in “Emergency,” acclaimed as an explosive and funny tour-de-force, which features slam poetry and song woven into a stirring commentary on what it is to be human and the longing to be free. See him talk about his inspiration and get a glimpse of the performance in this video.

“A multidimensional artist, Mr. Beaty challenges our thinking regarding the fundamental nature of race relations and the influences of economic class structures on our society through his performances, comedy and writing,” said Robert E. Palazzo, Ph.D., dean of the College of Arts and Sciences. “He represents a cadre of public intellectuals influencing modern thought through their art. We look forward to his performance at UAB.”

The Ireland Visiting Scholar Award is one of two prizes funded by an endowment established by Charles P. and Caroline W. Ireland. Each year, the college names one visiting scholar and also awards the Ireland Prize for Scholarly Distinction to a member of the faculty.