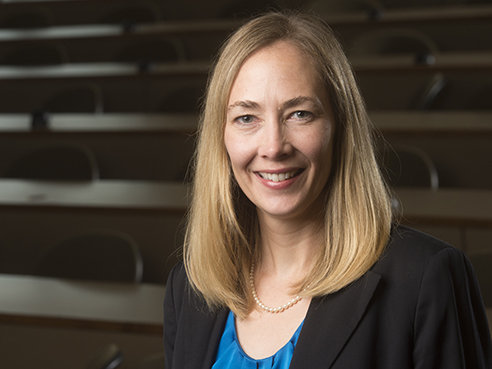 
The woman worked at a Dairy Queen. She was in her 60s and had worked in fast-food service her whole life, spending the last two dozen years slowly stockpiling money for her 12-year-old grandson’s college tuition. He was nearby, kicking a soccer ball.

But all that was about to change — she was working toward an associate degree from a local community college to become a surgical technologist. It would be easy to get a job in the expansive medical scene in Birmingham, she explained, and she could make more money in less time, putting more aside for her grandson.

“I’m going to be paying off loans for a long time,” she said, “but I can put more money away for him to go to school. He wants to go to UAB.”

Nicholas Sherwood, a graduate teaching assistant in UAB’s Institute for Human Rights, said that determined grandmother initially told him, “I don’t have anything interesting to say.” He had asked her to talk as part of an active-listening project, Sidewalk Talk, during which a group of about 15 volunteers were trained in skilled listening and then placed in Birmingham’s Railroad Park on a sunny Friday afternoon to engage with community members.

The institute partnered with San Francisco-based Sidewalk Talk to bring active listening to the streets of downtown Birmingham as it has in cities such as Portland, Oregon, and Austin, Texas. Sidewalk Talk members trained volunteers from UAB and Birmingham on ways to encourage another person to continue speaking and ways to resist the urge to give advice or make contrary statements, among other things.

Sherwood said the listening sessions were “intense,” even for him — he has some previous training and plans to pursue a doctorate in clinical psychology.

“The biggest lesson I learned is that everyone has a very profound story, and if given the right opportunity and safe space, they want to share those stories,” he said. “They’re not looking for you to fix it or give them comfort — just listen.”

A need to be heard

In February, the IHR hosted Stand as One: Empowering Marginalized Voices in Birmingham, during which individuals and groups from faith-based, community and academic institutions in Birmingham participated in panels and discussions addressing common challenges. IHR Director Tina Kempin Reuter, Ph.D., who also is an associate professor in the departments of Government and Anthropology, said the forum was a success in sparking the desire to have more conversations about difficult topics in the community and learning to listen better to those whose viewpoints are different.

Topics on the April 14 listening day including everything from light subjects such as grocery shopping to heavier ones — politics, structural violence and institutional racism.

“It really fit with what we [at the IHR] had been talking about for so long,” Kempin Reuter said. “I don’t think active listening is a mainstream skill. You get rewarded if you’re outgoing and for contributing, but nobody rewards those who are good listeners; we need better listening to solve some of our problems.”

The conversations Sherwood listened to and heard about from other volunteers made him realize a relatively unknown need of Birmingham residents: having someone take time to listen.

“A lot of people want to be heard,” Sherwood said. “There is a profound need in the community. If you’d watch people, their body language was initially closed off: a furrowed brow, arms crossed. Later, they’d walk away like a burden was lifted off.”

Kempin Reuter said that active listening has special applications for a Birmingham sub-community — those working in academics at UAB.

“The overall premise of showing a real interest and being focused on the other person is applicable in any kind of relationship — in a personal one, a professional one and a cross-disciplinary one,” she said. “I do interdisciplinary work, and it’s important not only to listen carefully, but to have real conversations and find common ground.”