How does a public scholar find a public? 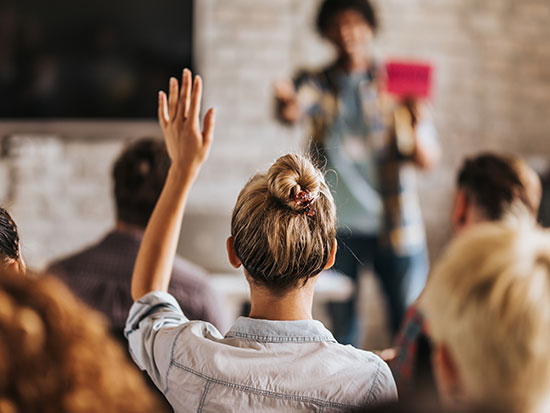 When Peggy Biga, Ph.D., was getting her doctorate in nutritional physiology, she learned a great deal about what convinces fish to bite. Speaking in sound bites wasn’t part of the curriculum. But learning how to engage the public in academic research is a valuable skill, Biga has found.

“Throughout my academic career I have been involved in outreach,” said Biga, an associate professor in the Department of Biology. At UAB, she started a STEM outreach group that brings UAB students to Birmingham public schools and after-school programs with the goal of engaging under-represented students in science. The program, STEMO, “has allowed me to interact with several local public-school leaders, teachers, parents and city leadership,” Biga said. Those experiences introduced her to the idea of public scholarship, which “wasn’t anything my training as a comparative biologist included,” she said. “For this context it means to think about your research with a broader lens, about how to take your work beyond the academy.”

Biga’s journey has taken her to Washington, D.C., where she is spending a year in the Office of the Chief Scientist at the U.S. Department of Agriculture through an American Association for the Advancement of Science and Technology Policy Fellowship. It also led her to co-found the Alabama chapter of the Scholars Strategy Network (SSN), a national group that “provides a framework for engaging scientists in policy-making,” Biga said.

On Jan. 31, faculty and advanced graduate students can get a hands-on introduction to effective principles of policy engagement at Training Researchers to Inform Policy – Alabama. The free, day-long workshop at AEIVA (learn more here) is the first training event from SSN-Alabama, co-led by Biga, Peter Jones, Ph.D., an assistant professor in the Department of Political Science & Public Administration, and Bridgett King, Ph.D., who directs the Master of Public Administration program at Auburn University.

“Academics are trained to have expertise in a field, but they don’t have time to learn to connect that expertise to the broader policy discussion,” Jones said. “And even if we were trained, we wouldn’t have the time to enter the space and do the legwork required to find the appropriate legislators and organizations.”

The Scholars Strategy Network, a nonprofit that formed in 2011, “regularly scours universities looking for folks who do research that plays into the policy discussion,” Jones said. “They reached out to me, and I agreed to join.” Since then, “they have connected me to several Alabama organizations that might need my expertise” in K-12 funding and budgeting, he said. Within a few years, “we have had several Alabama scholars, including a number from UAB — so many that we launched an official Alabama chapter in January of last year.”

Membership is free, Jones said. The only requirement is to submit work or a publication — an op-ed, public comment or policy brief, for example — “that demonstrates that you have tried to be a public scholar or used your expertise to try to help,” he said.

Lessons from the inside

During Biga’s time in Washington, “I have learned a ton of lessons,” including the very different lenses through which academics and federal scientists see their work, she said. “Academics tend to be driven by their own scientific interests and questions, or those that are rising to the surface in their own scientific communities, while federal scientists tend to be more aligned with the current needs of the public,” Biga explained. “In Washington, many ideas are focused on how science can inform policy and help direct programming and implementation of innovative technology into the public sector.”

These alternate viewpoints are a positive thing, “as aligning research objectives to match policy needs isn’t really open and free science,” Biga noted. “But I have gained a perspective of how important it is to be connected to the public sector and think about how the research we conduct in our academic silos fits within a larger context.” That includes being engaged with federal scientists in one’s area of expertise, Biga continued, “as they are more connected to the policy-making process and help align scientific interests to the public good.”

Becoming engaged with these agencies offers benefits beyond extramural funding, Biga added. “Most agencies have rotating positions that academics can serve in — like mine, and also non-fellowship positions,” she said. “I have seen how these positions… give a voice to the policy and regulatory process. I always thought the only option was to serve as a program officer working with grant-funding operations, but there are so many more opportunities to be involved and really provide the perspective of a practicing scientist to the policymaking process.”