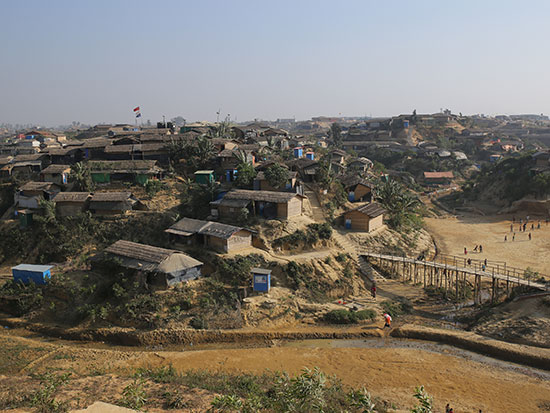 Every disaster is different. What happens next is generally the same the world over. Whether the trigger is violent conflict or natural catastrophe, people who cross an international border to flee become refugees in the eyes of the law. And that’s when the “humanitarian action machinery,” in the words of the United Nations, springs into motion.

That machinery — UAB’s Elizabeth Elliott, Ph.D., calls it “the humanitarian industrial complex” — has never been busier. Worldwide, there are now more than 25.4 million refugees, according to U.N. statistics, which is the highest total on record. Widespread media coverage means most of us have an idea what a refugee camp looks like. But for those who feel a call to help, there are more important questions: What is it really like? and Is there a place for me?

Elliott’s course in Refugee Health, part of UAB’s Graduate Certificate in Global Health Studies, is a clear-eyed look at camp communities from the perspective of someone who has been working with refugees since the early 1980s. “My students are thinking about if they want to work internationally or they have already worked internationally and they are taking the certificate to shore up their credentials,” Elliott said. “We provide them with training so that they can go to a refugee camp and have skills to share. Someone who takes the course will be able to work for Save the Children or the U.N. or the International Rescue Committee and have a clue as to what to do and where they fit in.”

A refugee camp is a miniature world that contains “everything in human life,” from pregnant mothers to serious mental health conditions to diseases of aging, on top of any injuries or illness that result from whatever caused the people to flee, Elliott said. Throughout the course, “we pull apart all of the elements that go into creating a physical community,” from site selection to vaccine programs to “engaging people who are traumatized with the mass grief that comes with losing a home – or a homeland,” Elliott said. Once the tents are up and latrines dug, this process of engagement is a critical factor. People need to know about the inevitable dangers of communicable diseases and learn how to escape the specter of family violence. “But you don’t teach to them,” Elliott said. “You say, ‘Who’s a teacher here?’ You have all the professions in a refugee camp. There’s lots of talent. You will find deep resources and be a better humanitarian worker if you let them be the guide.”

Refugee Health is one of several elective courses counting toward the 15-hour Global Health Studies certificate. The program, offered online through the UAB Sparkman Center for Global Health, focuses on practical training in the skills necessary to function effectively in global health. 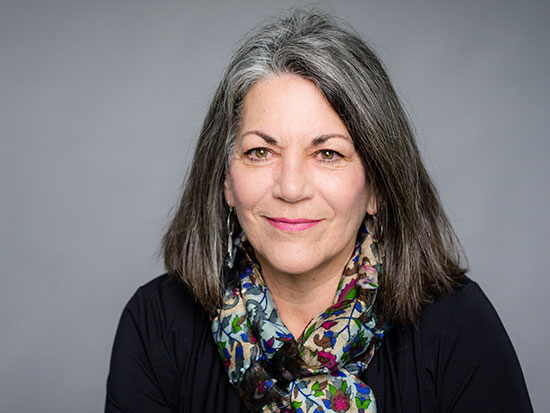 “We provide them with training so that they can go to a refugee camp and have skills to share," Elliott said. "Someone who takes the course will be able to work for Save the Children or the U.N. or the International Rescue Committee and have a clue as to what to do and where they fit in.”The classes “were very specific to the instruction that I wanted to receive, especially since the professors have an extensive background in each area they teach,” said student Laura Gilmour. In August 2018, Gilmour left her job in medical software sales after 20 years to pursue a longstanding interest in global health and humanitarian issues. In addition to the Global Health Studies certificate, she is completing an MBA at UAB. “I had a great career, but I knew that I wanted to do something that was more impactful,” Gilmour said. “I didn’t know if I was going to work in a humanitarian organization such as the United Nations High Commission on Refugees or CARE, or if I was going to start a nonprofit myself.”

Conversations with Elliott helped Gilmour refine her plans for a nonprofit focused on taking unused medical supplies and equipment in the United States to areas of need around the world. Gilmour launched the nonprofit, HUB Worldwide, in March 2019, with Elliott as a member of her board. (See related story.) “Dr. Elliott has been invaluable,” Gilmour said, as were the lessons from the Refugee Health course. “Unfortunately, the number of refugees is not decreasing each year. It is an issue we will need to learn to effectively address.”

Lyndsey Robinson, a registered nurse in UAB’s emergency department, is working toward the GHS certificate and studying in the School of Nursing Family Nurse Practitioner program, with a focus on rural health. She took the Refugee Health elective because “I find many commonalities between rural communities and refugee populations when it comes to illnesses, resources and roadblocks,” Robinson said. The coursework has “deepened my desire to work with rural, under-served and displaced people” and made her “more passionate about women’s health,” she added.

Robinson and Gilmour both took another elective taught by Elliott, International NGO Management, which is packed with real-life scenarios to prepare students for the unique challenges of international nonprofits. For example: What do you do when an important local figure asks you to give a job to his brother?

This past March, Robinson began working with other Birmingham health care professionals and a Texas-based nonprofit to create a women’s health clinic offering cervical cancer screening in Haiti. “I knew that Dr. Elliott’s first-hand involvement with NGOs and refugee populations as a nurse, educator, writer and liaison on the ground would prove to be extremely valuable for my future aspirations,” Robinson said. “She is not only a mentor but an amazing professor.”
Published in Programs & Curricula