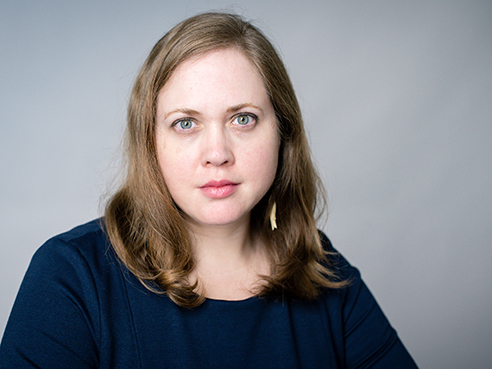 Jessica Smith, instructor in the Department of EnglishJessica Smith has been a poet since childhood. When she was young, her grandfather gave her a book of poetry written by a kid just like her. Smith, who is an instructor in the Department of English, says she was already writing short stories at a young age, and was inspired by the book to start writing in verse.

“I read it and was like, ‘Oh, I can do this,’” she said. “I wrote everything when I was little, and I realized poetry was really challenging. I was interested to continue exploring that. I’m still interested — it still challenges me.”

Smith’s newest book of poetry, “How to Know the Flowers,” published by Veliz Books, is an exploration of challenges, she says. She began writing as she was leaving her job at Birmingham’s Indian Springs School, where she taught a class on wilderness literature and taught her students to incorporate the scientific names of local flowers and trees into their work.

At that time, however, Smith says she was experiencing a kind of writer’s block — “sometimes your brain gets stuck,” she says — and to combat it, she began working with UAB Department of Art and Art History Assistant Professor Doug Baulos to learn about dyeing using natural indigo. Baulos, who is a mixed-media artist, taught at last year’s 2300 Studios on Japanese dyeing techniques. The experience was transformative, she says.

“I just started experimenting with any plant I could find,” Smith said. “It was fun for me and for my son, who is 8, to go outside, find different flowers, put them in boiling water and try to dye things.” 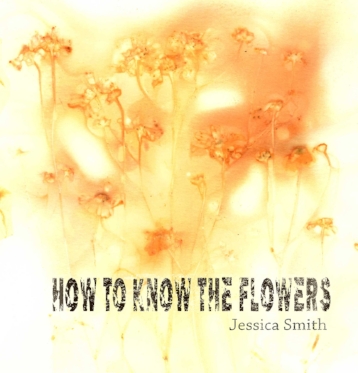 Coreopsis tincturia, commonly known as tickseed, produces a real, quality dye. A print of it adorns the cover of Smith's book.

Then, Smith had a breakthrough: She found Coreopsis tincturia, a flower commonly known as tickseed, which produces a real, quality dye. A print of it adorns the cover of “How to Know the Flowers.”

“That was groundbreaking for me,” Smith said.

While Smith was learning to dye and recovering from her own grief from major life changes, one of her former students, by then an adult, moved in with Smith to help out. Together, she says, the pair rebuilt their senses of trust and care. From those experiences — the leaving, the learning, the dyeing, the friendship-forming — came “How to Know the Flowers.”

The book doesn’t necessarily have what most would consider a happy ending, she says, because the more realistic example is that “people just keep going,” and Smith wanted to depict the process of healing realistically. “How to Know the Flowers” is a book that for people who have experienced grief or trauma or who know someone who has, she explains.

“Sometimes things are just really hard, and there’s not a perfect solution. Grief and trauma, they can get better, but it still happened — you still have to integrate it. You can’t just erase it. There’s not always a happy ending that comes after a period of grief,” she said. “But there are ways to continue to do work and make beautiful things even during grief.”
Published in Publications