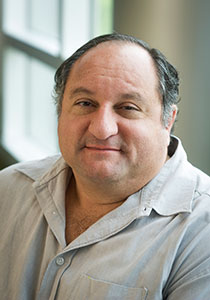 The Republican Party has become an extreme version of itself and the South has played a major role in that transformation.

Glenn Feldman, Ph.D., professor in the Department of History, examines the South’s transition to a majority Republican region from its Democratic roots in his new book, “The Irony of the Solid South: Democrats, Republicans, and Race, 1865-1944.” It is published by the University of Alabama Press and available for purchase on Amazon.com and in major bookstores.

Southern white conservatives and their feelings on race were central in the transition of the Republican Party, said Feldman, a widely published author whose scholarship is noted in national and international publications.

“The South didn’t change, so the parties changed,” he said. “The Republicans changed from being the party of Lincoln to a conservative party on race. The Democrats changed from the party of the KKK to the party of Jack Kennedy and pushed civil rights to an extent that they alienated Southern white voters.”

In his research, Feldman looked closely at the State of Alabama and its politics, but also examined surrounding Southern states.

“There is a growing movement in academic history and political science to argue that race was not so important in the South becoming Republican,” Feldman said, “but race was the most important factor.”

“The biggest surprise was the clarity of evidence,” he said. “There was so much evidence that race was the driving factor.”

It wasn’t the only factor, though.

“The book also deals with emotional and cultural issues that tend to alienate Southerners and white Southerners,” said Feldman.

He was surprised about the “outspokenness of people to actually state why they were leaving the Democratic Party for the Republican Party.”

Understanding this chapter in American politics can reveal insight into our community and its character, Feldman said.